Executive Director, Miami Homes For All

Funders Together Board Secretary 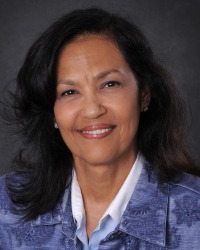 Barbara “Bobbie” Ibarra joined Miami Homes For All (formerly Miami Coalition for the Homeless) from Jungle Island where she was the Vice President/General Manager for four years. Previously, Bobbie was the founding president for Our Kids, a non-profit created to transition and manage Miami-Dade’s child welfare system.

Bobbie has also held leadership roles with Miami-Dade County and Citibank. She started her career as a social worker.

Bobbie holds a Bachelor’s degree in Social Work and a Master’s degree in Education and Counseling from Temple University.