America has made important progress reducing homelessness among our veterans in the last year or two, but there is still much work to be done if we are to meet the goal of ending veterans homelessness by 2015. Philanthropy has an important role in achieving this goal and we will be working with other key stakeholders around the country in sharing information and working together to promote best practices to end veteran homelessness.

As a veteran, a foundation trustee, and a board member of Funders Together, I’m very pleased to announce the creation of a new working group for funders focused on veterans homelessness. The group, which will be known as the “Funders Together Working Group on Veterans Homelessness,” will ensure the availability of current information about veterans homelessness for the philanthropic community and build a national network of committed funders working to end homelessness among our veterans. The group also hopes to help represent the voice of philanthropy on this important subject in various forums around the country.

According to the Departments of Veterans Affairs and Housing and Urban Development, approximately 67,000 military veterans were homeless on a single night in 2011-a 12 percent decline since 2010. Unfortunately, however, veterans are still disproportionately represented within the general homeless population. Further, there is reason to expect that homelessness among veterans may increase as troops return home from the Iraq and Afghanistan conflicts. The federal government’s plan to end homelessness includes the goal of ending veterans homelessness by 2015 by focusing on increasing access to supportive housing, case management, and other services.

I am honored to chair the funders working group and pleased to be joined by fellow Funders Together board members:

We hope you will join us. 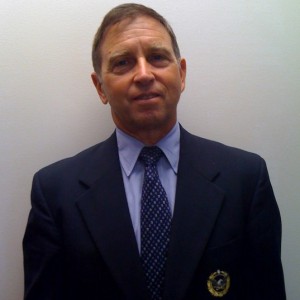 Tom Nurmi is a member of the Board of Trustees of the William S. Abell Foundation and chair of its Homelessness Committee.  He also serves as Secretary of the Board of Funders Together.