Heath care providers are seeing that supportive housing is a critical intervention in improving the health of long-term homeless persons. 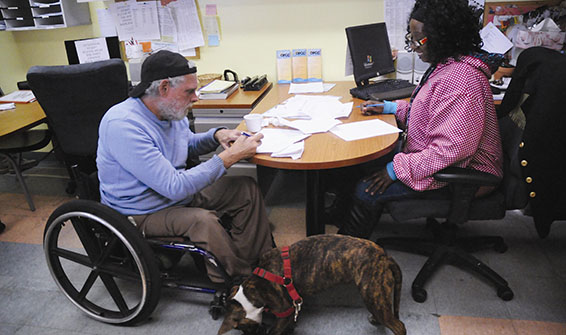 Hospitals and clinics are on the front lines of serving homeless people. A small number of chronic homeless individuals are heavy users of emergency health services and hospitals, taxing a stressed system at high public cost. At times, some of these organizations are criticized for “dumping” homeless patients in areas with shelters and services, such as Skid Row in downtown Los Angeles; but health systems are also engaged as vital partners in the fight against homelessness. For example, groups like National Health Care for the Homeless Council are working on capacity building and policy issues to further collaboration between homelessness and health service providers.

With data showing reduced usage and costs, heath care providers are seeing that supportive housing is a critical intervention in improving the health of long-term homeless persons. Recently, Los Angeles County Department of Health Services—the largest public health system in the country with a $3 billion annual budget—formed a Housing for Health division to find housing opportunities for some of its high-cost, homeless patients. With the impending implementation of the federal Affordable Care Act, large agencies like this have even more incentive to prevent and intervene with homeless patients and help reduce costly readmissions.

An evaluation report released last week by Economic Roundtable provides data supporting the economic benefits of helping the highest-cost homeless patients of Los Angeles hospitals move into supportive housing. With coordination by the Los Angeles office of Corporation for Supportive Housing, hospitals are partnering with housing and service organizations throughout Los Angeles County to identify and prioritize the 10% of homeless patients with the highest public and hospital costs (the “10th decile”); these individuals then receive immediate services and are placed into permanent supportive housing. 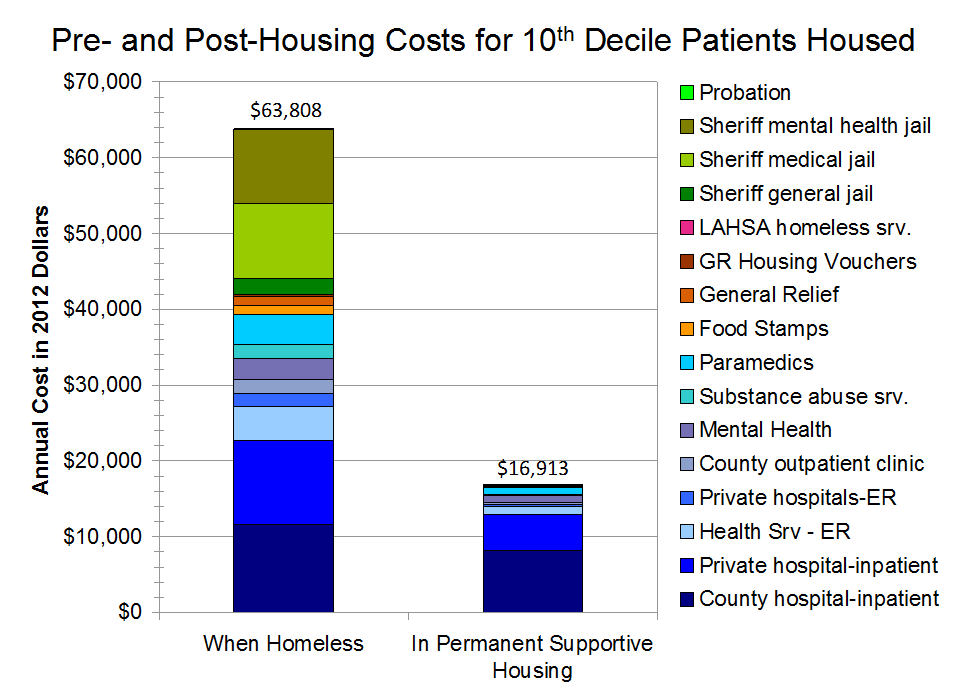 As outlined in Getting Home: Outcomes from Housing High Cost Homeless Hospital Patients, the coordination between hospitals and community providers is paying off. Among the Economic Roundtable’s findings:

The vast majority of the patients screened as being in the 10th decile had some type of physical or mental disorder, and a majority had a substance abuse disorder. Four out of ten had all three.

Average annual total cost (combined across public systems and private hospitals, with the majority being health costs) while homeless was $63,808; after being placed in supportive housing that went down to $16,913.

Behind the numbers, of course, are real people who benefit from these interventions: people such as Scotty, who has a history of health problems, seizures and addiction but saw his need for hospital visits drop dramatically and his quality of life improve after being connected to supportive housing. For the sake of the thousands of people like Scotty suffering from chronic homelessness, we need to be smarter about aligning our health and housing resources. Not only is it better for our health and well-being, it’s better for our bottom line.