We Can Honor This Mother’s Day by Restoring Housing Vouchers 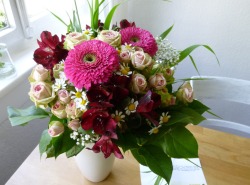 With more low-income renters shouldering unaffordable housing costs than ever before, many areas of the country have long lines for housing vouchers.  Funders have an important role as we try to restore the vouchers we lost to sequestration and build public-private partnerships to help those in need.

For many women, Mother’s Day is marked by traditions like breakfast in bed, a bouquet of flowers, maybe brunch with the family. But for other moms, it’s just another day struggling to get by. Many of them — because they are unemployed, stuck in low-wage jobs or victims of domestic violence — are simply trying to keep a roof over their head.

This year, because of the across the board federal budget cuts known as sequestration, thousands of families will also be cut off from vital, proven supports like Housing Choice Vouchers.

Housing vouchers help 1 million mothers keep a roof over their family’s heads by covering part of the cost of modest private rental housing. In fact, nine in ten households with children receiving vouchers are headed by women. But even more need them: only about one in four families eligible for a voucher gets any form of federal rental assistance. 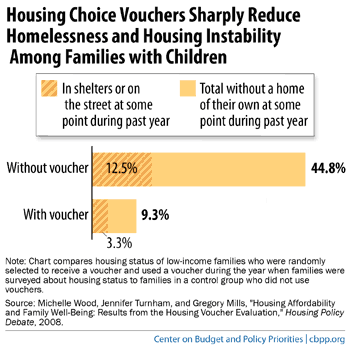 These collaborative funding arrangements and powerful partnerships were put on hold as the housing authorities that had committed vouchers to house the most vulnerable were warned by federal officials to stop issuing new vouchers. If program participants couldn’t find a place to live quickly, offers of housing vouchers were withdrawn. Staff was forced to tell homeless people that housing vouchers were unavailable indefinitely.

Now at least 40,000 fewer families nationwide are receiving housing voucher assistance compared to a year ago. Continued funding cuts will affect not only those who are homeless, but also many more families at risk of homelessness, including survivors of domestic violence, seniors, people with disabilities, and working families that cannot afford rising rents.

Private funders are working to mitigate the most harmful cuts in the short term, but we cannot make real progress toward solving homelessness when government cuts its support.

Let us be very clear: private philanthropy cannot fill government’s role. In fact, officials estimate that millions of dollars in cuts to voucher and other federal programs to address homelessness have largely offset the contributions from private funders, stalling progress at a time when help is most needed. We need both philanthropy and government, working together, to truly end and prevent homelessness.

Even though Congress boosted funding for Housing Choice Vouchers this year, agencies will be able to restore less than half of the vouchers lost due to the earlier cuts. And the extra money did nothing to reduce the long waiting lists for assistance that existed even before sequestration.

It is critical that lawmakers reverse all of the cuts to housing vouchers. Otherwise, the drop in the number of people helped could be locked in, permanently reducing the amount of affordable housing available to low-income families.

Philanthropy is committed to working with government agencies to match public funding with private investment, and to target these resources on solutions that deliver results. We ask Congress to give us the chance.

What Can You Do As a Funder?

As Executive Director of Funders Together, Anne brings years of expertise in both the corporate and not-for-profit sector. She is passionate about promoting the philanthropic community’s catalytic role in ending homelessness, working with government to create public-private partnerships, and advocating for funding and policies which end, rather than manage, homelessness. Find her at @FTEHAM.