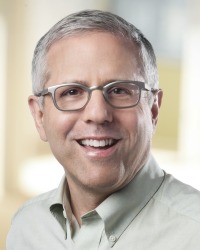 David M. Wertheimer has worked in a variety of capacities in the non-profit, government, educational and philanthropic sectors for three decades.  He has been employed at the Bill & Melinda Gates Foundation in Seattle since 2006, and currently serves as the Deputy Director for the Pacific Northwest initiative.  He carries lead responsibilities for oversight of the Foundation’s programs addressing housing and family homelessness.

Prior to assuming these responsibilities, David was principal at Kelly Point Partners (KP2), an independent consulting firm he established in 2000 to promote integration of human service systems targeting persons struggling with homelessness, mental illness, addictions, criminal justice system involvement, and HIV/AIDS.  Between 1990 and 2000, David served in King County (Washington) government developing, mobilizing, and managing programs and services for persons with chronic and severe mental illnesses and co-occurring substance use disorders.

A native of New York City, David worked in the non-profit sector as executive director of the NYC Gay and Lesbian Anti-Violence Project and served as a New York City Human Rights Commissioner.

He is a graduate of Haverford College, Yale University Divinity School, and the University of Connecticut School of Social Work.  He also serves on the Board of Directors of Partners for Our Children, which seeks significant reforms to increase the effectiveness and efficiency of the child welfare system in Washington state.