The first major success of 2018 was a $4.7 billion increase to HUD’s budget for fiscal year (FY) 2018 – a 10% increase from FY 2017. Although President Donald Trump’s budget proposal included drastic cuts to housing and community development programs, Congress listened to advocates and boosted funding. These additional resources provided new vouchers to veterans and people with disabilities, funds to repair and operate public housing, and targeted assistance for addressing youth homelessness. Robust funding for HUD and USDA Rural Housing programs is crucial for ensuring the lowest income people have access to safe, decent, and affordable housing.

Advocates also had major victories when pushing against proposals that would cut housing benefits for the lowest income people. Three proposals –from the Trump administration, Representative Mike Turner (R-OH), and Representative Dennis Ross (R-FL) – put vulnerable populations at higher risk of homelessness by imposing work requirements, de-facto time limits, and rent increases. Through calls to action, tweet storms, lobby day visits, and more, advocates let Congress know that housing benefits should be expanded – not slashed – to ensure the lowest income people have access to safe, decent, and affordable housing. As a result of this advocacy, neither the proposal from the Trump administration nor Representative Ross’s proposals were formally introduced. Although Representative Turner’s bill did pass out of committee, many Representatives retracted their support, and the bill is not likely to come to a vote during the current lame duck session.

While these 2018 victories are encouraging, more work lies ahead. The FY 2019 bill has not yet been finalized and the harmful budget caps required by the Budget Control Act of 2011 return for FY 2020. We expect continued pressure from some members of Congress and the administration to slash housing benefits that help struggling families pay rent. While advocates work to defend current housing programs, we also see opportunities next year to increase housing resources for the lowest income people, whether through a bipartisan agreement to invest in infrastructure or legislation to reform the housing finance system.

What can philanthropy do?

Philanthropy’s role in ensuring resources for housing and homeless programs are protected is crucial. Here are some ways funders can engage in ensuring the momentum from victories in 2018 continue into the new year:

With the support of philanthropy, advocates must continue to educate members of Congress about the importance of expanding affordable housing resources. We know the solutions to homelessness and housing poverty; we just need the political will to do what is right. Philanthropy plays a critical role in making this possible.

Learn more about the "Cans" and "Cannots" of being a funder involved in advocacy and lobbying efforts and get more ideas of action steps you can take through our "Advocacy - A Funder's Role" webinar. 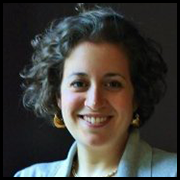 Sarah Mickelson has joined National Low Income Housing Coalition as Director of Public Policy in June 2016. Sarah previously worked with Enterprise Community Partners as a Senior Analyst. In this role, she focused on building Congressional support for federal affordable housing and community development appropriations, including funding for programs administered by HUD and USDA.