In late August, the Raikes Foundation announced our new Black Leadership & Power Fund. It was a major accomplishment for our team at a time when many of us were feeling overwhelmed and, frankly, a bit lost amidst the constant turmoil that has engulfed our country. But despite the pain we were feeling during a summer under quarantine and protest, shadowed by ongoing police violence, we knew that we had to do something different after George Floyd’s murder.

Like many other organizations, we issued a statement when protests began to engulf the nation, but we knew our words would ring hollow if they weren’t followed by action. We knew we couldn’t “stay in our lane” and sit out this moment in our history. This was particularly true for our Black staff members.

Launching the fund started with a hard conversation. After George Floyd’s murder, our Black staff members took on the heavy emotional burden of sharing their personal experiences with our trustees. We asked for a different kind of response from the organization—action in addition to words—and our trustees agreed that it was time to take the next step on our path to becoming a more equitable, anti-racist organization. I’m not sure that this would have been possible without the leadership and courage of our executive director, Dennis Quirin, our first Black leader. He recognized the urgency of the moment and created the space for this conversation and a different set of actions. This is yet another illustration of why representation matters in philanthropy.

As we got to work, we had three areas we wanted to support: 1) grassroots power-building for policy change 2) fair and equitable elections, and 3) Black leadership more broadly. In order to ensure that we were responding to the urgency of the moment, we felt it was critical that we create an equitable and streamlined process for deciding on grantees and supporting Black-led organizations doing the hard work to build power in communities. We requested that the fund be untethered from the foundation’s existing strategies so that we could expand our thinking about what we could do and who we can work in partnership with to realize our goal of creating a more just and equitable society.

Over the course of a couple of weeks, our Black staff, regardless of title or previous grantmaking experience, worked together to build new relationships, engage in an expedited due-diligence processes, and solidify our funding recommendations. We landed on a set of grantees that the Raikes Foundation wouldn’t have previously considered, if not for the ability to make grants outside of our strategy areas, as well as upping an investment in an existing partner doing critical work to end the school-to-prison pipeline. You can see our announcement of the fund and our grantees here.

As I reflect on the process of establishing the fund, I can see how getting to ‘yes’ took a whole lot more than the couple of weeks we spent planning together this summer. Getting to ‘yes’ on this fund started years ago with the hiring of more BIPOC team members and our first staff and trustee conversations about systemic oppression. It took every learning session, every hard conversation and every act of bravery, big and small, by our Black staff members especially, to get our foundation to a place where it was ready and able to commit resources to organizations well outside of our established strategy areas. To be clear, we believe in our strategies and have invested heavily to center them in equity for the most marginalized young people in our country, but this moment called for something different. Living our values in this moment meant pushing ourselves into uncharted territory

Questions Foundation’s Should Ask Themselves about Their Racial Justice Work

My advice to every foundation hoping to make similar commitments: Start now because this work takes time and is deeply personal. At the Raikes Foundation, this journey has been as much about unlearning as it has been learning. Who do we view to be experts? Who do we view to be “risky” and why? What do we need to rethink and atone for? As funders, we need to ask ourselves this question at every decision point: “Am I perpetuating oppression or am I dismantling it?” Because there is no neutral in racial justice—we either make decisions that quietly condone oppression, or we actively chose to dismantle systemic racism.

We’re proud of the Black Leadership & Power Fund, and excited to learn alongside our new partners. We hope that this experience and these partners will inform our strategies for years to come. And to be clear, we’re not done. We know that one fund isn’t going to end systemic racism or build the political power we need to change the laws and institutions in this country that have oppressed Black people for generations. If we aspire to liberation, we all need to find our role to play in the movement for Black lives. We’re finding our role, hitting our stride, and we’re just getting started. 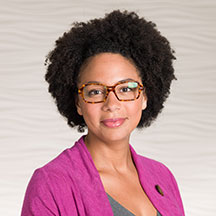 Lindsay Hill joined the Raikes Foundation as a program officer in 2015 and assumed the role of director of diversity, equity and inclusion in 2018. Prior to joining the Raikes Foundation, Lindsay spent four years as the founding executive director of Teach For America – Washington. She began her career as a fourth-grade teacher in Brooklyn through Teach For America and later worked as a program director, supporting new teachers in three of New York City's boroughs. Lindsay has also served as the director of training and support for the "I Have a Dream" Foundation, and she sits on the board of directors for the Bureau of Fearless Ideas, a Seattle-based nonprofit.