Collaborative Funding to End Homelessness: Lessons from Home For Good

Completing its fifth year of funding, the Home For Good Funders Collaborative evaluation outlines lessons learned and next steps for the Los Angeles County collaborative.

Chronic homelessness has been a significant issue in Los Angeles County and while the Conrad N. Hilton Foundation and many others in the region have been working toward solutions for many years, efforts were often fragmented and uncoordinated. Additionally, the resources needed to launch and sustain projects or to take promising interventions were not scaled up to meet the need.

Thus, the Home For Good Funders Collaborative was created. Since 2011, the Collaborative has had annual grantmaking cycles awarding more than 200 grants, with more than 40 private and public funders having committed over $26 million in philanthropic investments, and over $694 million in public resources.

The Home For Good Funders Collaborative was seeded by a grant from the Hilton Foundation to the United Way of Greater Los Angeles in 2011. Prior to the Collaborative, providers interested in developing or operating permanent supportive housing (PSH) generally applied for funds from a multitude of sources with different funding cycles, priorities, and availability, any of which could obstruct the project. The Collaborative was formed to bring public and private philanthropic partners together to create a single funding application process, align funding priorities around PSH, and make funding decisions collaboratively. The initial RFP was released in spring 2012, with a subsequent RFP issued annually thereafter.

The report also builds upon a 2013 report Home For Good Funders Collaborative: Lessons Learned from Implementation and Year One Funding that captured the process, opportunities, challenges, mistakes and successes of the first year’s efforts. Both reports have provided thoughtful questions about next steps for the funders collaborative.

The report concludes that while some partners have questions about balancing ongoing efforts toward the goals that launched our effort while expanding the Collaborative in membership and expanding the focus to meet the changing landscape, there is consensus on there being significant value in continuing and identifying a path forward to do so. As a mechanism aimed at leveraging resources and knowledge toward systemic change, the Collaborative will need to continue to reinvent itself as coordination and collaboration in Los Angeles around ending homelessness consistently reaches new unprecedented heights.

The diagram below from the report depicts the key components for a successful collaborative. With this as a guide, the report asks the Los Angeles Home For Good Funders Collaborative partners some key questions about how we can continue to move toward this structure and use it as a guide as our collaborative continues to evolve. 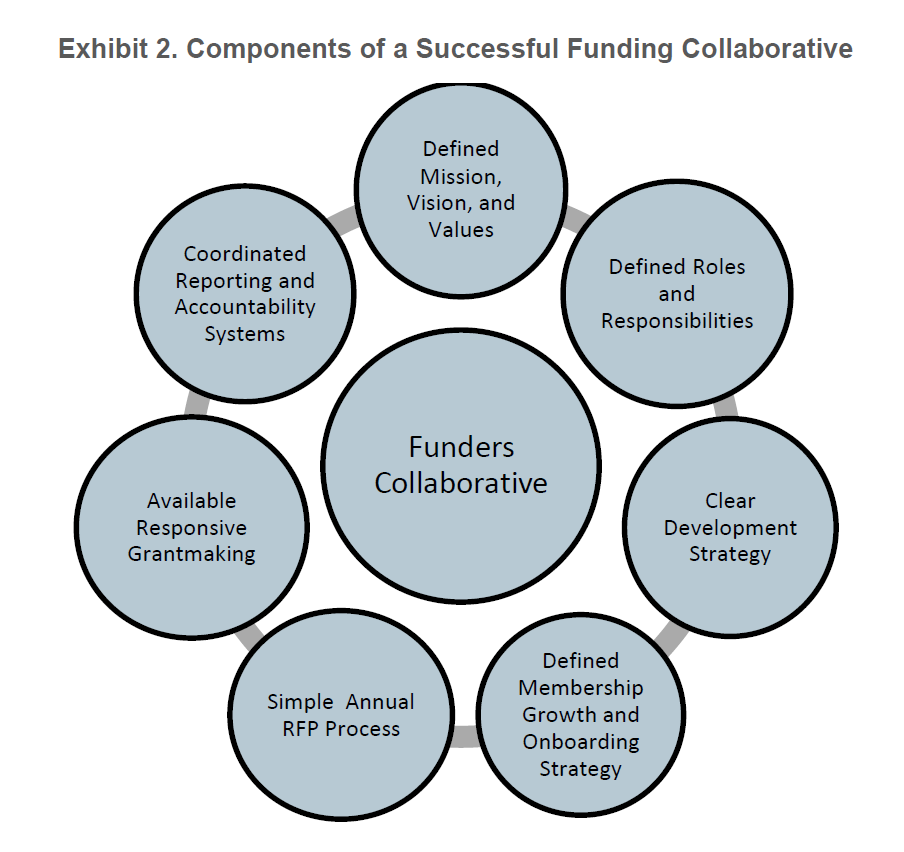 I encourage you to take a few minutes to read the whole report as we hope to hear from you about your own experiences and ways you may have addressed some of the big questions we have ahead for us or if there is any way we here in Los Angeles can share more detailed insight with you. 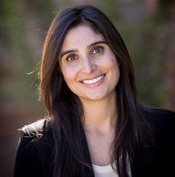 Andrea Iloulian is the Senior Program Officer, Domestic Programs at the Conrad N. Hilton Foundation and manages the Foundation’s domestic grantmaking in the area of chronic homelessness.