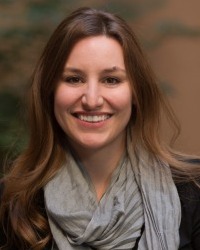 Alexis Perlmutter manages communications and public affairs for Funders Together, where she uses her background in policy advocacy and traditional and digital communications to promote the network’s goal to end homelessness. Prior to joining Funders Together, Alexis served as Associate Director of Policy at the National Immigrant Justice Center (NIJC), the nation’s largest non-profit organization dedicated to immigration law and policy.  In her role, Alexis was deeply involved in the federal debate around comprehensive immigration reform and wrote the first report about solitary confinement in immigration detention, which prompted a front-page investigation by the New York Times.  At NIJC, Alexis also helped shape the organization’s digital and development strategies.

Alexis has also worked at New York University’s Asian/Pacific/American Institute, where she helped with the 2009 re-launch of the Museum of the Chinese in America.  She has held volunteer positions at Bellevue Hospital, the Brennan Center for Justice, and Amnesty International.  She graduated from New York University with an interdisciplinary focus on human rights.