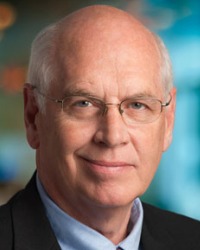 Fred Karnas is a Senior Fellow at the Richmond Memorial Health Foundation (RMHF) where he supports the organization’s efforts at the intersection of health and housing. He brings a long history of work in the areas of housing, health, and human services, with a special focus on addressing the needs of homeless persons, older Americans and persons with disabilities.

He joined RMHF from The Kresge Foundation where he served as an adviser to the foundation’s six program area teams on issues related to housing.  Prior to joining Kresge, Fred was president and CEO of St. Luke’s Health Initiatives (now the Vitalyst Health Foundation) based in Phoenix focused on creating healthy communities.

Previously, Fred was appointed by President Obama to the role of senior adviser to U.S. Department of Housing and Urban Development (HUD) Secretary Shaun Donovan, where he served as HUD's liaison to the Department of Health and Human Services and as the department’s liaison to the U.S. Interagency Council on Homelessness.  He also served in the Clinton Administration as deputy assistant secretary for special needs at HUD, director of the Office of AIDS Housing, and executive director of the Interagency Council on the Homeless (now USICH).

Fred’s nonprofit work has included service as executive director of several housing and human service organizations including the National Coalition for the Homeless, a Washington-based advocacy group. He currently serves on the boards of Funders Together to End Homelessness, Charlottesville Habitat for Humanity and the Greater Richmond Continuum of Care. Fred holds a bachelor of city planning degree from the University of Virginia School of Architecture, an MSW from Virginia Commonwealth University, and a PhD from the College of Architecture and Urban Studies at Virginia Tech.