View this resource as a PDF

The amount of legislative activity that is permissible for a section 501(c)(3) organization is dependent upon both the organization’s classification—that is, whether it is a “public charity” or a “private foundation”—and its size.[1] Part I of this memorandum briefly describes the definition of legislative activities (i.e., lobbying) generally. Parts II and III address how much lobbying activity public charities and private foundations can engage in without jeopardizing their tax-exempt status. Part IV describes the interplay of the lobbying limitations in the context of private foundation grants to public charities that lobby.

Part I: Definition of Legislative Activities

An activity engaged in by a section 501(c)(3) organization, including advocacy, is treated as a legislative activity only if it is an attempt to influence legislation.

Legislation need not be introduced in the legislature for an organization to be treated as engaging in lobbying activities with respect to legislation. Rather, lobbying also includes specific legislative proposals that are either favored or opposed by the organization, even if they have not yet been introduced.

Legislation also includes the confirmation of administrative appointees, Congressional resolutions, state and foreign legislation, local and city council legislation, and referenda and ballot measures.[3] It does not, however, include regulations or actions exclusively within the executive branch.

An organization can be treated as lobbying (or influencing legislation) even if it does so through an agent or gives money to another for the purpose of facilitating lobbying. (See Part IV of this memorandum, below.)

In addition, providing technical assistance at the request of the legislature by responding to a request to provide testimony at a congressional hearing is not treated as lobbying. Discussion with legislators of broad social or economic problems also does not constitute lobbying, as long as the discussion does not address the merits of specific legislation.

It is very difficult to draw bright lines in this area, and even a comprehensive review of the decided cases and rulings would be of limited help, because the determinations of the IRS and the courts tend to be very fact-specific.

As a general proposition, however, it can be said that 30-second TV spots or newspaper ads that advocate a particular position, that are one-sided, that do not present backup data or opposing viewpoints, and that are timed to tie into legislators’ or voters’ consideration of legislative proposals, will be vulnerable to attack as not being “educational” within the meaning of the Treasury regulations.

The category of so-called “public charities” includes those charitable and educational organizations that enjoy a broad base of public financial support. Prominent examples would be the American Red Cross, the American Cancer Society, and the United Way. Such organizations are permitted to engage in legislative activity—both “direct” and “grassroots” lobbying—so long as such activity is not “substantial” in relation to the organization’s overall activity. What constitutes “substantial” activities has never been defined with any precision; as the IRS likes to say, it depends on all the “facts and circumstances” of the particular case. At least one decided case suggests that activity that represents less than five percent of an organization’s overall activity will not be considered substantial.[5]

How legislative activity is to be measured is another unanswered question. Certainly, financial expenditures, both direct expenses and reasonably allocated overhead, will be considered. In addition, time spent by volunteer workers and other factors may also be considered in particular cases.

There is a statutory maximum lobbying limit of $1 million per year.[6]

Of the amounts determined under the foregoing formula, 100% may be spent on so-called “direct lobbying” (i.e., lobbying directed at the persons who will vote on the legislation, which in the case of ballot initiatives includes the voting public).  Under a separate statutory limitation, only 25% of whatever amount is determined under the foregoing formula can be spent on “grassroots lobbying” (as defined above).[7]

Private foundations are section 501(c)(3) organizations that typically have, and are supported by, investments and endowments producing income used for grant-making purposes and that do not receive substantial financial support from the general public. Private foundations, as a subcategory of section 501(c)(3), are defined in section 509 of the Code. Prominent examples are the Bill & Melinda Gates Foundation, the Ford Foundation, and the Rockefeller Foundation.

Pursuant to sections 4940 through 4946 of the Code, private foundations are subject to a series of significant restrictions that do not apply to public charities. Among these restrictions, section 4945 imposes an absolute prohibition on engaging in legislative activities. In other words, private foundations, unlike public charities, are not allowed to engage in legislative activity even to an insubstantial extent. The penalty for violations of these rules can range from tax penalties, measured by the amounts improperly expended for prohibited activity, up to revocation of the organization’s tax exemption (in certain cases of repeated or flagrant violations).

However, private foundations may engage in advocacy that is not treated as a legislative activity, such as permissible “educational” activity described in Part I of this memorandum. In addition, a private foundation will not be treated as attempting to influence legislation in discussions with governmental officials provided that:

Amounts expended by a private foundation’s public charity grantees for lobbying activities can be attributed to the private foundation in certain circumstances. In particular, attribution can (and is likely to) occur when the foundation has earmarked its grant funds to be used to finance the lobbying activity in question.[9] Of course, whether sufficient “earmarking” has occurred to result in attribution may be clear in some instances and not in others. The IRS has not developed specific rules to determine whether earmarking has occurred; rather, a facts and circumstances test is applied.

There are two types of grants that would ordinarily be permitted (i.e., the grants will not be treated as impermissible attempts to lobby by the private foundation):

1 All section references are to the Internal Revenue Code of 1986, as amended (the “Code”) unless otherwise specified.

4 The Treasury regulations include an example in which a private foundation publishes a report on the use of pesticides, which concludes that the disadvantages of using pesticides are greater than the advantages and that prompt legislative regulation of pesticides is needed. The example concludes that the report is within the exception for nonpartisan analysis since it presents information on both sides of the legislative controversy and presents a sufficiently full and fair exposition on the pertinent facts to enable the public or an individual to form an independent opinion or conclusion. Treas. Reg. § 53.4945-2(d)(1)(vii), ex.2.

View this resource as a PDF 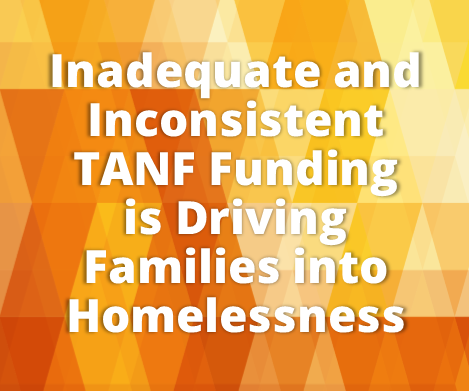 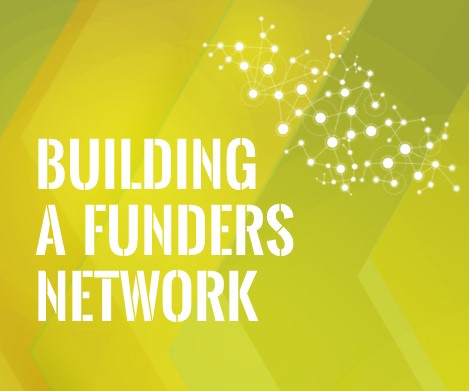 Our sincere thanks to Covington and Burling LLP for their pro bono support in the creation of this resource.