Housing Shouldn’t Depend on Immigration Status 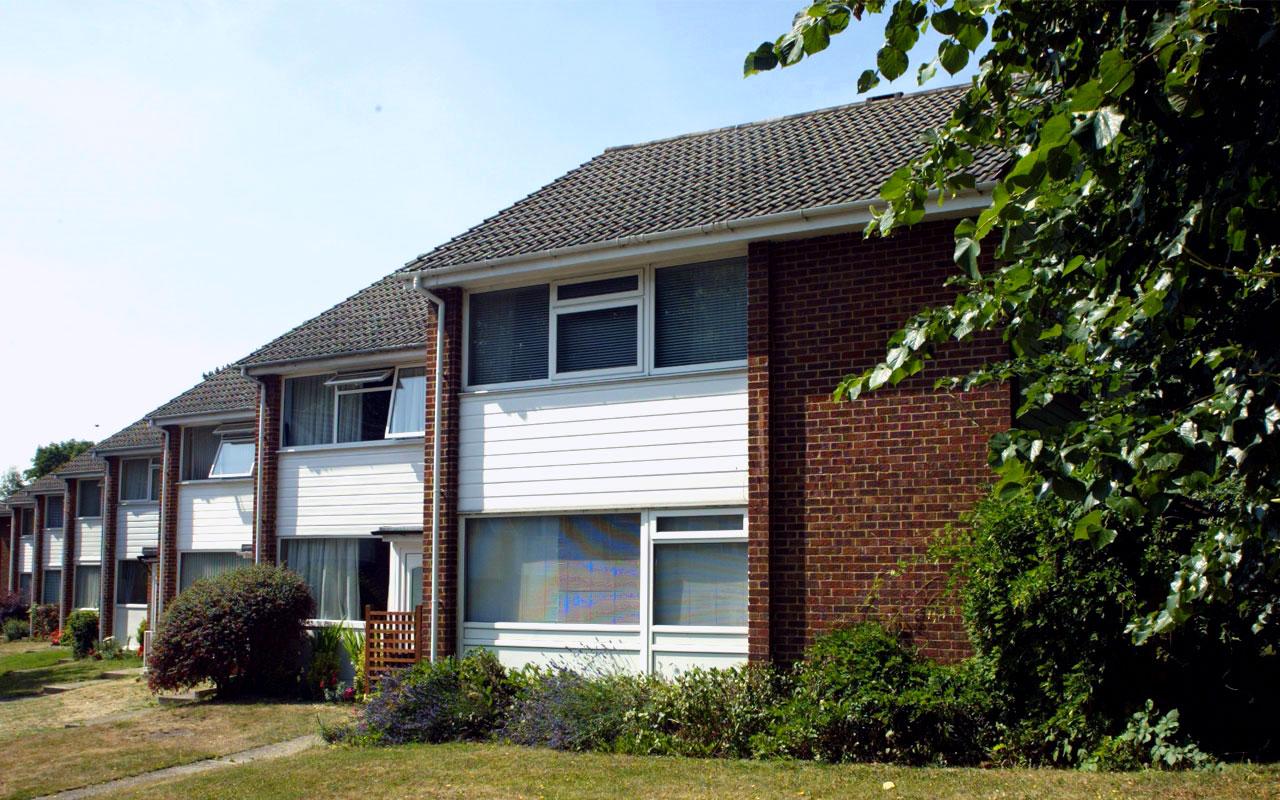 In June, Meyer Memorial Trust submitted public comments in opposition of the Department of Housing and Urban Development's proposed rule to prohibit "mixed-status" families from federal housing assistance. In this blog post, Meyer Memorial Trust President & CEO, Michelle J. Depass outlines why the Trust took a stance and used its voice to condemn the proposed rule that will fuel racial inequities in housing and homelessness across the country.

This post originally appeared on the Meyer Memorial Trust blog on June 27, 2019.

Equity and fair access to opportunity are core values for Meyer Memorial Trust.

It’s rare that Meyer uses its voice to call out federal policy, but we felt called to comment on the U.S. Department of Housing and Urban Development’s proposed rule about mixed-status families. The more we heard from partners about HUD’s plans to evict thousands of families, seniors and children into homelessness, the more we knew we had to speak up and use our platform to support Oregonians on this important issue.

On May 10, 2019, HUD proposed a rule change that would no longer allow “mixed-status” families — households with both documented and undocumented members — to qualify for federal housing assistance based on their immigration status. This proposed rule would force families out of public housing and Section 8 programs, effectively spurring homelessness, forced family breakups and/or loss of housing assistance. The proposed rule would give current residents nearly no time to react or prepare. There are some great in-depth explainers here, here and here about the proposed rule and its effects.

This is even worse than it looks. It would have a devastating impact on not just the families directly affected by this rule but also our local communities across Oregon. Not only would the proposed HUD rule revoke housing assistance to families who are entitled to federal housing assistance but it would also without a doubt increase homelessness in Oregon. It also would impose new reporting and documentation guidelines on legal residents and U.S. citizens that feed a climate of fear, distrust and division.

It’s time for more people to say “enough.” Enough using families and children as props for a political gain. Enough terrorizing some of our most vulnerable neighbors with intimidation, fear-mongering and inciting hatred from other groups. The proposed rule change is racist. It’s not a strategy to address immigration or housing. It seeks to target the Latinx community, and HUD itself has admitted that there would be no benefit to families on housing wait lists and the rule could lead to reduced quality in housing. If it takes effect, it would jeopardize the housing stability of American citizens and legal residents of the U.S., as well as undocumented residents (who are already prohibited from receiving federal housing assistance). It is estimated that nearly 700 Oregon households, including 1,700 children, would be directly impacted by this proposed rule. This would create a significant burden on communities and local governments across Oregon that do not have the resources to respond to an increased wave of homelessness and emergency support needs.

Meyer stands with all Oregonians to make Oregon the best it can be for everyone who calls it home. And Meyer intentionally stands with communities of color. We strive to use our position of power and privilege to call out policies and programs that threaten the livelihood of our neighbors and communities.

Every day our nonprofit partners doing on-the-ground work across the state change individual lives and transform communities. This proposed HUD rule is a direct assault on those efforts and on Meyer’s vision of a flourishing and equitable Oregon.

Read Meyer's public comment on the U.S. Department of Housing and Urban Development’s proposed rule about mixed-status families here or below:

I am writing on behalf of Meyer Memorial Trust in response to the Department of Housing and Urban Development’s (HUD) proposed rule to express our strong opposition to the changes regarding "verification of eligible status,” published in the Federal Register on May 10, 2019 (RIN 2501-AD89; HUD Docket No. FR-6124-P-01). We urge the rule be withdrawn in its entirety and HUD’s long-standing regulations remain in effect.

Meyer Memorial Trust is a private foundation in Portland, Ore., whose mission is to work with and invest in organizations, communities, ideas and efforts that contribute to a flourishing and equitable Oregon. We see the proposed rule as a direct affront to our core values — and to the values that define America. Foundations have long devoted resources to address society's problems, including funding programs to help address and alleviate the homeless and housing crisis.

This is likely the first time Meyer Memorial Trust has commented on a pending federal housing rule. We are moved to do so by HUD’s willingness to use families and children as props in a political drama that will destabilize communities across the United States and directly increase homelessness and trauma among Oregon’s 4.2 million residents. We are deeply alarmed at this effort to divide Americans, to sow fear and distrust and anger, and to stigmatize our most vulnerable neighbors.

The proposed rule will hurt tens of thousands of immigrant families, including many citizen children.

There is no legitimate policy purpose behind the proposed rule. HUD itself has admitted that there would be no benefit to families on housing waiting lists and it could lead to reduced quality in housing. If it takes effect, it would jeopardize the housing stability of American citizens and legal residents of the U.S., as well as undocumented residents (who are already prohibited from receiving federal housing assistance). It is estimated that 100,000 households, including 55,000 children, would be directly impacted by this proposed rule. This would create a significant burden on communities and local governments across Oregon that do not have the resources to respond to an increased wave of homelessness and emergency support needs.

The proposed rule would bar children who are U.S. citizens and lawful permanent residents from maintaining and seeking federally subsidized housing. The proposed rule would severely and immediately impact thousands of people, many of them children, in Oregon. We know all too well the human, social and financial cost of homelessness; we are appalled to see the federal government propose policies that would make this crisis worse. And the message behind the proposed rule is already contributing to a climate deeply at odds with the work Meyer aims to support. We know from our partners working with Latinx communities across Oregon that the federal government’s demonization of undocumented workers, families and children is having a chilling effect — preventing people from accessing services and benefits to which they are eligible, feeding a reluctance to have any contact with government, and feeding a climate of fear and distrust. The proposed regulations are in direct conflict with their underlying statute and ignore amendments that Congress made to Section 214.

HUD has not adequately addressed the administrative burdens created by the proposed rule.

Housing providers and landlords would be significantly burdened by the rule. The rule’s impact would not be limited to immigrants and their families. Under the proposed requirements for documentation, tens of thousands of public housing agencies and private property owners and managers would need to collect documents “proving” the citizenship of over 9 million assisted residents receiving HUD assistance who have already attested citizenship, under penalty of perjury. They would also have to collect documents on future applicants for assistance. Housing providers would also need to collect status documentation from 120,000 elderly immigrants. Additionally, the proposed rule calls for public housing authorities to establish their own policies and criteria to determine whether a family should receive continued or temporary deferral of assistance. These requirements would place a significant cost burden on housing authorities and other subsidized housing providers that are completely unaccounted for in the rule. Housing authorities, charged with administering the public housing and Housing Choice Voucher programs, have spoken out against the proposed rule.

For the past five years, Meyer has worked to foster relationships between housing service agencies, public housing authorities and private landlords. Nonprofits and landlord groups have made significant progress to work together and streamline better public housing authority processes across Oregon, making housing placement smoother and faster, benefiting all parties involved. Most Oregon landlords own and self-manage fewer than 20 units. The proposed rule would create an undue burden on hundreds of Oregon landlords and small public housing authorities, strain existing positive relationships and complicate housing placement of all low-income families eligible for public assistance.

Meyer Memorial Trust strives to use our position of power and privilege to call out policies and programs that threaten our neighbors and communities. This proposed HUD rule is a direct assault on our core values and on our vision of a flourishing and equitable Oregon.

We urge HUD to immediately withdraw its current proposal and dedicate its efforts to advancing policies that strengthen — rather than undermine — the ability of immigrants to support themselves and their families. If we want our communities to thrive, everyone in those communities must be able to stay together and get the care, services and support they need to remain healthy and productive. We urge the secretary and the administration to join us working on positive solutions to the issues affecting us. 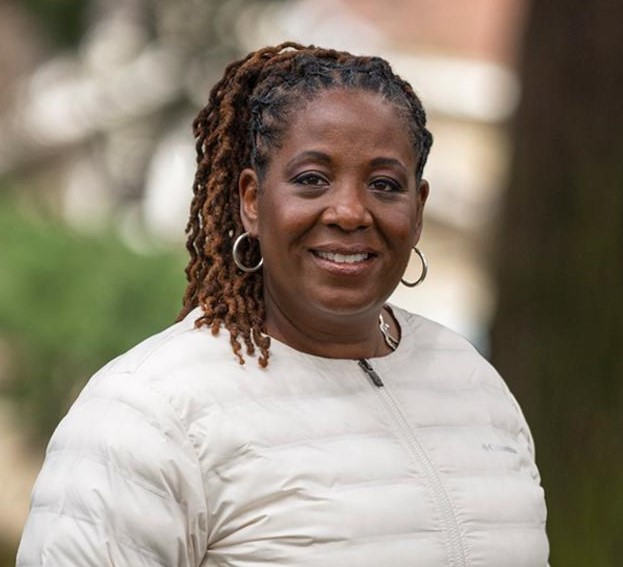 Michelle J. DePass is the president and chief executive officer of Meyer Memorial Trust. DePass began her career as a community organizer in New York and went onto leadership positions in philanthropy, government, academia and the nonprofit sector. Over three decades, she has distinguished herself as a thought leader at the intersections of social and economic justice, community organizing and political strategy, and progressive philanthropy and academia. She is known as a leader who brings people together, encourages problem solving and makes a meaningful difference for underserved communities and beyond. She is particularly passionate about social, economic and environmental justice for people of color, women, indigenous peoples and low-income communities.