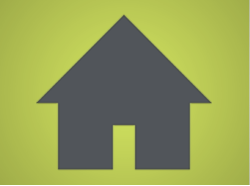 The first post in a three-part series on The Fairfield County Community Foundation's efforts to improve the lives of families in Connecticut.

In 2008, The Fairfield County Community Foundation (FCCF) embarked on an effort to improve the success of families living in public housing in Bridgeport, CT. The work was inspired and supported by a new donor-advised fund at FCCF, the Bridgeport Public Housing Resident Support Fund (BPHRSF) that was established with the proceeds of the settlement of a lawsuit, and was intended to benefit Bridgeport public housing residents.

The first focus of the fund was eviction prevention and FCCF and the BPHRSF advisory committee selected New Haven Home Recovery (NHHR) through a Request for Proposals process to deliver a program model we had developed with consultation from the Center for Urban and Community Services. The program, which we named Stable Families, was designed to provide intensive case management and support services to high risk families in Bridgeport public housing and was intended to take an early intervention approach to eviction; getting at the underlying issues that can make a family vulnerable to eviction before they actually found themselves in the eviction process. The program would also work with families who were in the process of eviction; first helping them resolve the issues that put them at risk for eviction and then providing services and supports that would help improve the health, stability and economic and educational success of these families.

Ira Cutler (now of Metis Associates) was brought on board as the process evaluator and implementation advisor prior to implementation, and the BPRHSF advisory committee committed to staying closely involved in the development and implementation of the program. Although the advisory committee was in an oversight role, we very intentionally positioned ourselves as partners in the work being done. The honest exchange that resulted during our monthly meetings allowed us to very quickly see the tremendous potential of the program, as well as the red flags that highlighted the pitfalls. The program opened in the fall of 2009 and in the very first year we learned some valuable lessons:

There was good news, however. In the first 21 months the program had served 118 families at risk for eviction, achieved a 99% eviction prevention rate, and helped 75% of those families to maintain or increase their income. Framed as a homelessness prevention program, Stable Families was doing a good job; but we didn’t want to just prevent failure, we wanted to ensure success. By the end of the first year we were already realizing that we were not going to be able to achieve positive, long-term outcomes for families as long as those families continued to live in highly unstable public housing environments. We needed to find a way to have positive community level outcomes, in addition to positive family-level outcomes, and that was going to mean working differently.

Nancy von Euler joined the Fairfield County Community Foundation in April 2008 and serves as Program Director for Economic Opportunity and Health and Human Services. Ms. von Euler holds a Bachelor’s degree in Urban Studies from Vassar College and a Master’s degree in Public Administration from New York University. Find her at @nancyvone.