Upstream Enough? Reflections on the Canada-US Funders Forum on Prevention of Youth Homelessness 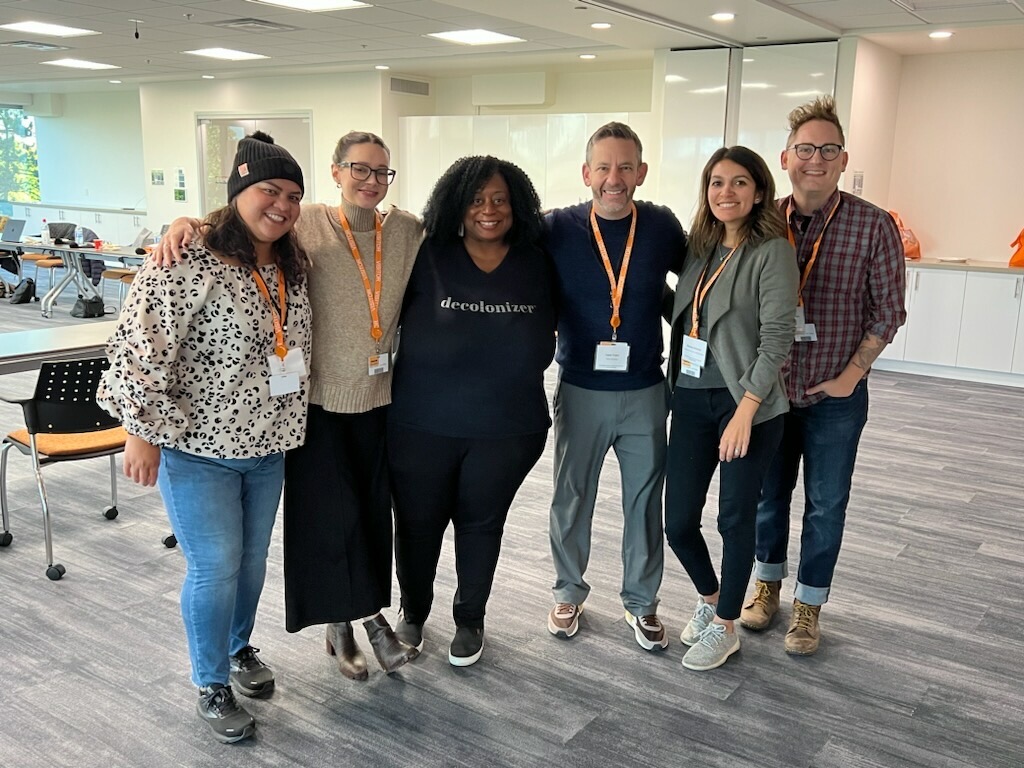 In October 2022, Michael Durham, Funders Together Director of Networks, attended “cross-border learners’ exchange” between Canadian and U.S. foundations around youth homelessness prevention and documented his experience in Toronto, summarizing the two-day meeting itself and reflecting on what this means for the movement stateside.

My first visit to Canada, I boarded the plane to Toronto with curiosity about both the similarities and differences between our nations. I knew our Northern neighbors to have a more intact safety net, including universal healthcare and a codified human right to housing. I was intrigued by how young people experience homelessness differently with access to presumably better services.

Our first stop at Covenant House Toronto educated me instantaneously. I learned that despite doubling its youth shelter beds over the last five years, all 8,000 in Toronto are perpetually full. They receive hundreds of calls per day from young people fleeing situations that make their current housing untenable but have scarcely anywhere else to shelter. As Covenant House leadership described in their new strategic plan, they know their ability to serve “more youth better” hinges on resolving family conflicts before young people are forced from home.

Enter Family and Natural Supports (FNS), which emerged in 2018. We heard from Samson, an FNS case manager, who spoke about his work with families that include youth who are at risk of losing their housing. Samson is essentially a family therapist, tending to relationship wounds and identifying areas of generational trauma and instability other interventions may miss. The FNS program receives referrals from community partners but has also changed their phone-answering script to divert callers who were previously considered “turn-aways” (a term they acknowledged misses the mark.) Data is limited so far, but 96% of young people referred to FNS have remained housed.

Family and kinship attachments would turn out to be a theme for the day.

Ghost-Town Shelters are a Good Thing 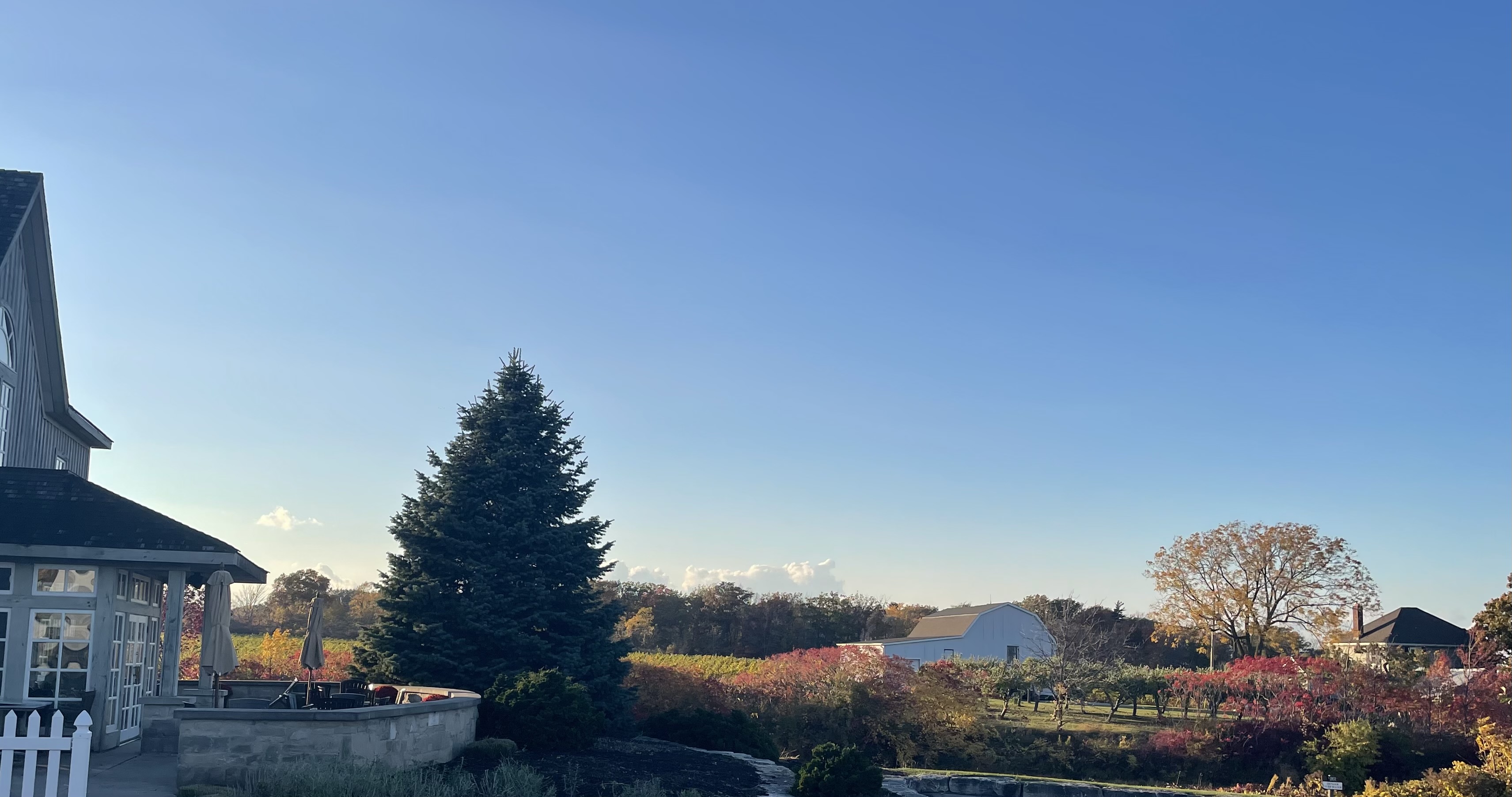 We then boarded a bus to the Niagara Region and convened at the offices of the Raft, a youth-serving organization whose executive director offered us a theoretical framework of what instigates homelessness, especially for young people. There is a drastic affordable housing shortage, but 70% of Canadians are homeowners (I later looked up that about 65% of Americans are) and many have the space to take in their kin given certain conditions. It is still traumatizing for a young person to dwell in an extended family member’s spare room as a guest, but it is far more stable than entering the homelessness system. And we know that the younger someone is when they become homeless, and the longer they experience it, the more trauma they suffer. Families, it was argued, are the prevailing provider of affordable housing for youth.

With this understanding, the Raft has redirected dozens of young people from entering the homelessness system primarily by helping identify family and other kin who can help. I especially appreciated his acknowledgement that his Board of Directors initially considered the resulting decline of shelter residents as deterioration of organizational effectiveness. He even lost funding because of it. But he maintains that every young person who does access Raft shelters each night, regardless of how many surrounding beds are empty, has been “failed” by his organization.

The Potential of School-Based Interventions

From St. Catherine’s we backtracked a bit for an evening program where we turned our attention to the Upstream project, an Australia-conceived initiative represented here by colleagues from Kelowna, BC. It is essentially a universal screening for risk factors that can lead to homelessness. Those screened for such indicators may choose to work with a “point person” (i.e., case manager) who coordinates the range of services available to meet their most pressing needs, which often relate to family conflict.

While the program seems to meet its goals, I was left with one primary concern all the same: some 70% of students they screened were facing housing insecurity. If we are talking about prevention, how could we have collectively disrupted the systems that culminated in so many being so vulnerable in the first place? 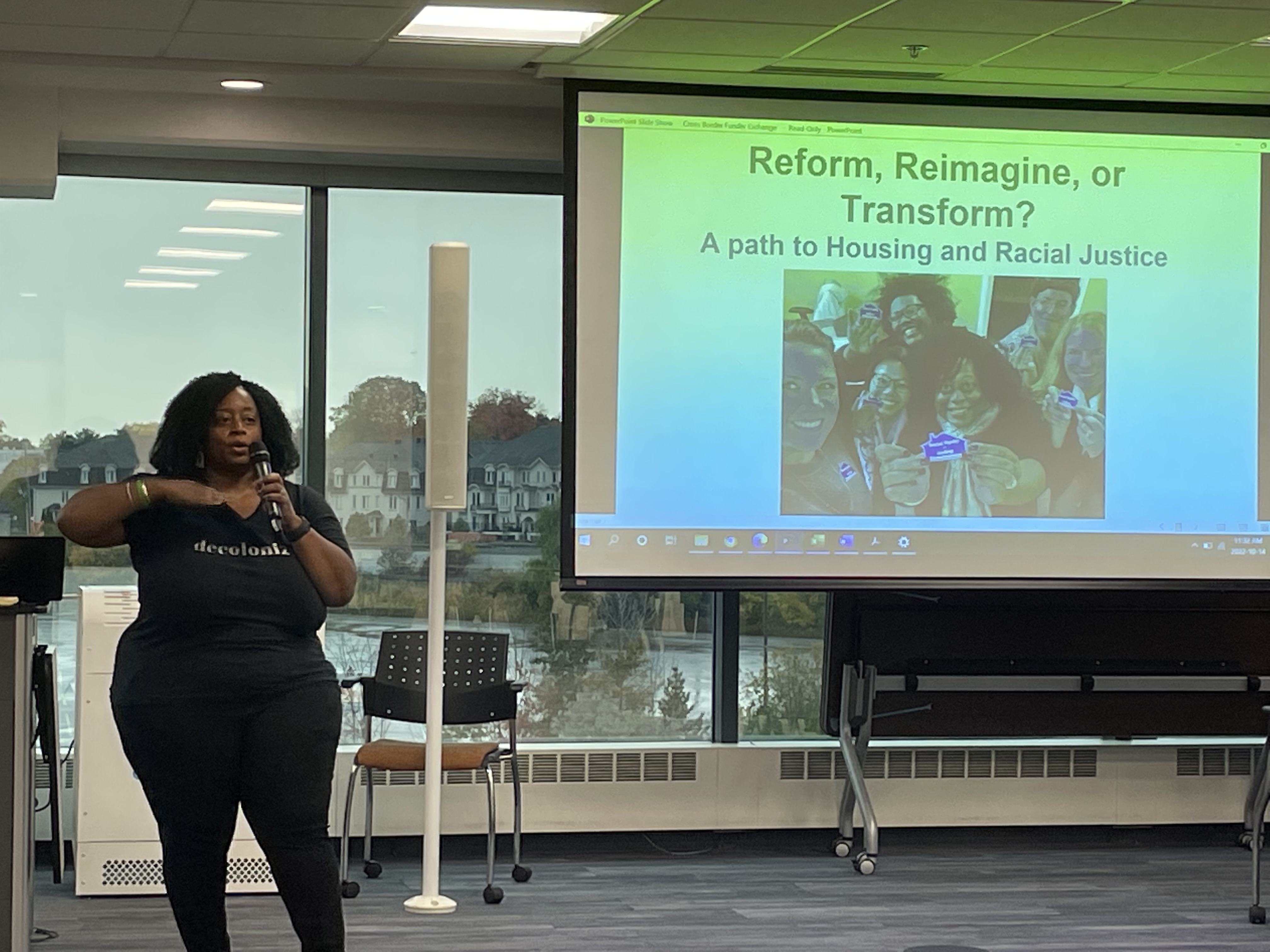 The penultimate panel of the agenda included Funders Together CEO Amanda Andere who spoke about our strategic framework that centers housing and racial justice. She respectfully named the truth that equity had been an afterthought in presentations thus far, and that we must, instead, acknowledge structural racism as the design, not a flaw of the system. She pointed out that the argument that broken attachments was the driver of homelessness for youth overlooks Network Impoverishment, the notion that for Black and brown people, loved ones are often also living under poverty and oppression and scarcely have any spare space. Housing Justice requires prevention, she explained, but not just via new programs for people before they lose their housing; it requires that we disrupt and even abolish harmful systems, including philanthropy itself.

For all our failures, the US homelessness sector has acknowledged we must disaggregate data by race (among other identities) so we can know whether our interventions are working for those most impacted. Rarely, if ever, have I felt such pride in being associated with the United States.

Fellow American visitor Paula Carvalho from the Raikes Foundation (co-sponsor of the convening) showed us what prioritizing racial justice in grantmaking can look like in practice, highlighting several initiatives that served “by/for” organizations and challenged racist norms. Her colleague Casey Trupin later offered the case for prevention that was necessary in convincing his trustees. He also uplifted direct cash transfers that some US foundations are supporting back home.

Is Upstream Still the Rapids?


On my trek to YYZ (that this is Toronto’s airport code is never not funny), I reflected on the challenge of definitions. I had witnessed no fewer than three models of prevention, in which most prevention “tiers” feel more like diversion. Many who are served by what providers were calling prevention are in dire straits despite sleeping under a roof most nights. These services keep folks from living outside or in carceral shelters, but hardly prevent trauma.

When raising this point, I was taught a helpful lesson. The further we go upstream, the more homelessness prevention becomes poverty alleviation, which risks losing the emphasis of housing in social-justice conversations. It risks deprioritizing the voices of those who have endured the particular tragedy of homelessness as young people. Even if this is true, however, I wonder if the message we tell people is the same: wait until your trauma is worse before you’re eligible for service.

Part of our work that is embedded in our strategic framework is the value of leaning into the "both/and" aspect of housing justice. We can acknowledge that in prevention work we should look further upstream to avoid trauma AND grappling with the impacts that has on how housing justice fits into the eco-system. True prevention in the context of housing justice requires us to think beyond housing AND going upstream requires strong cross-sector collaboration with partners who understand intersecting issues - like health, education, workforce - better than us. We know that housing justice intersects with so many aspects of someone's life and we can advance justice when we are work in concert towards liberation.

This blog lacks some stats and graphs that may add helpful context. Please email me for access to the various slide decks presented throughout the convening. Also email me to get involved in the Funders Network for Youth Success and our burgeoning work on prevention.