The Music of Ending Homelessness

The music in my home when I was growing up was an unusual blend of 70’s Korean pop ballads, Simon and Garfunkel, and The Who. Times may have changed, but music is still a large part of what makes a home, and that’s why Richard Carter’s story has meant so much to me.

The music in my home when I was growing up was an unusual blend of 70’s Korean pop ballads, Simon and Garfunkel, and The Who. Today when I come home from work I’m more likely to hear Gangnam Style, the Harlem Shake, or Macklemore coming from my kids’ iPods. Times may have changed, but music is still a large part of what makes a home, and that’s why Richard Carter’s story has meant so much to me.

Most of our work at the Foundation is aimed at bringing about large scale changes that address major inequities around the world.  The foundation takes on huge challenges—eradicating polio overseas, ensuring that all children in the United States have a quality education, or in my case, reducing family homelessness in the Puget Sound region.  The only way the foundation can have lasting and meaningful impact is by using our funds to trigger changes in the larger governmental systems that exist to solve these problems at scale.  We necessarily focus our efforts on developing strong, catalytic partnerships with governments and direct service providers, and so all too frequently, our work can feel somewhat removed from the lives of the people we’re trying to serve.

Last October, we had the opportunity to interview four families recovering from homelessness in the Puget Sound region that had received services from the Washington Families Fund, a public-private partnership administered by Building Changes, a Foundation grantee.

The interviews – including one with Richard Carter, the young man who appears in this video – were conducted to prepare a four-minute film that kicked off a two-day family homelessness meeting at the Foundation that brought together federal, state and local leaders, housing and homelessness advocates, as well as the country’s leading homelessness researchers, to discuss the most effective ways to deliver housing and services for homeless families.

As the Foundation’s film crew was wrapping its interview with Richard, Dave Gross, the sound man for the shoot, asked him about a small piano in the corner of Richard’s bedroom and asked him whether he played.  The crew saw Richard smile and after some persuasion, as the crew scrambled to relight and reset their equipment, Richard performed the original composition that became the orchestrated score that graces the video.  The crew was immediately struck by the poignancy of Richard’s performance and knew as they were rolling that they had captured a special moment that would anchor the heart of their production.

As the crew left Richard’s family’s apartment, Richard commented that noise restrictions in the complex unfortunately limited his ability to play his piano on a regular basis.  Gross immediately realized that what Richard needed was a digital piano with headphones so that he could play without disturbing anyone.

As a member of the Board of Governors for the Pacific NW Chapter of The Recording Academy, the organization that puts on the GRAMMY Awards, Gross was able to contact MusiCares, the charitable arm of Recording Academy. MusiCares was so moved and inspired by Richard’s story that the organization agreed to donate a brand new digital piano that Richard would be able to play and record whenever he wanted. Within a few days, Gross, video producer David Wulzen, and the cinematographer of the video, Christopher Bell, were able to present Richard with his new keyboard.

The Foundation’s family homelessness strategy is an effort to improve the lives of tens of thousands of homeless families in King, Pierce and Snohomish Counties, and my work as a program officer here is therefore focused on partnering with governments to think about how use public and private resources more efficiently and effectively to provide housing and services for these families.

I think of my work as prose—I’m spending most of my days working through dense programs and funding policies and thinking about how these words and numbers might be better aligned to serve families I will never meet.

However, it’s the poetry of Richard’s music– and the similar talents and passions of so many other homeless children and their mothers– that remind me why our work of systems change really matters, and in the end, how our success will ultimately be measured. 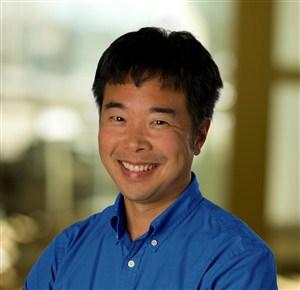 Kollin Min is a Senior Program Officer at the Bill & Melinda Gates Foundation where he leads the advocacy work for the Foundation’s family homelessness initiative.