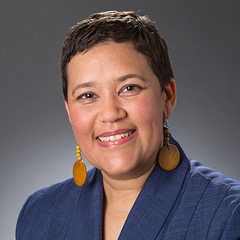 Angelique joined the Annie E. Casey Foundation’s Race, Ethnic Equity and Inclusion team as a senior associate in January 2016. This portfolio is responsible for integrating an equity and inclusion focus into all Casey programs and operations.

Angelique grew up in South Africa and graduated high school in the year of the country’s first democratic elections. She received her Master’s degree in Public Administration from the School of Government at the University of the Western Cape. She has more than a decade of experience in juvenile justice reform focused on racial, ethnic and gender disparities, as well as leading the Saint Paul Promise Neighborhood Initiative as director.

The experience growing up in South Africa’s segregated and unequal society has deeply influenced her thinking about justice, human rights and equity. She brings to the work a focus on equal partnership between large public systems and impacted communities of color, and an emphasis on the critical role of culture in addition to race, in changing outcomes. In February 2010, Angelique was named a ‘Facing Race Ambassador’ by Minnesota’s St. Paul Foundation. 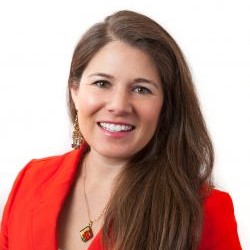 As Leadership Programs Director, Patel works with a wonderful team to equip, inspire and connect leaders in order to strengthen our region. She brings a significant record of accomplishments to the Foundation, including ten years of developing of a wide-range of leadership and inclusion programs as the vice president for racial justice and public policy at the YWCA of Minneapolis.

In 2019, she received a 40 under 40 award from the Minneapolis/St. Paul Business Journal. In 2011, she was awarded the Hubert H. Humphrey Public Leadership Award, presented by the Humphrey School of Public Affairs at the University of Minnesota. Patel was named a Top Six Business Leader Under 30 by Minnesota Business Magazine and a Top Ten Outstanding Young Minnesotan by the Minnesota Jaycees. She earned a bachelor’s degree from Valparaiso University and a master’s from the Humphrey School of Public Affairs. She serves on the boards of Voices for Racial Justice and the Minnesota Humanities Center.

As someone who grew up and in greater Minnesota and went to high school in Granite Falls (Archibald Bush’s hometown), Patel believes in the talent that lies all across the Bush Foundation region and is excited to invest in the success of our communities. 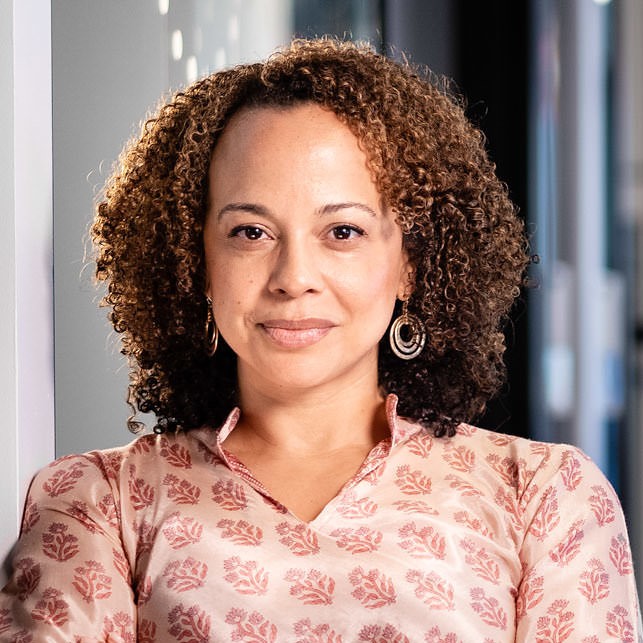 As Vice President of Programs, Leticia develops strategies grounded in principles of social justice philanthropy that are nimble, responsive, and reflective of the integrated and complex nature of social change. She is a critical partner to the CEO and the board in achieving NCF’s vision of a best-in-class social justice philanthropy that is integrated and intersectional in its approaches and fully aligned in its culture, operations, and systems.

In her previous role as Executive Director of the Andrus Family Fund (AFF), she was at the forefront of the national conversation around youth justice reform and narrative change surrounding young people of color. Under her leadership, the AFF and the Surdna Foundation developed innovative tools and curricula to effectively engage next generation family philanthropists in meaningful conversations and experiences related to race, class, and privilege. 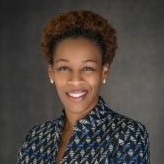 Yanique is responsible for the strategic, programmatic, financial and administrative operations of the Foundation. She joined the CHF team in 2012 as its second President and CEO. Prior to joining CHF, Yanique worked for the Annie E. Casey Foundation, where she managed the health and mental health portfolio of grants and the evaluation of Evidence2Success. She also provided leadership for the Race, Class, and Culture Committee of the Evidence-Based Practice Team. Yanique also worked for the National Center for Environmental Health at the Centers for Disease Control and Prevention and directed a community-based participatory research initiative in Atlanta funded by the National Center for Minority Health and Health Disparities at the National Institutes of Health. In 2012, she was named a Terrance Keenan Institute Emerging Leader in Health Philanthropy by Grantmakers in Health and was elected to the Board of Directors of the Washington Regional Association of Grantmakers in 2013.

Yanique has degrees from Georgia Institute of Technology (B.S.) and University of Michigan School of Public Health (Ph.D., M.P.H.). Throughout her training and career, she has focused on addressing the social determinants of health including racial equity. In her spare time, Yanique enjoys spending time with family, traveling (and preparing to travel), reading with her book club and Skyping with her nieces. 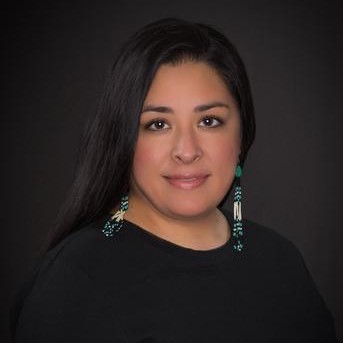 Colleen Echohawk is an enrolled member of the Kithehaki Band of the Pawnee Nation and a member of the Upper Athabascan people of Mentasta Lake.

As the founder of the Coalition to End Urban Native Homelessness, Ms. Echohawk is committed to homeless advocacy. The coalition is a first of its kind to respond to the trajectory of Native American and Alaska Native people living away from reservations in urban places and experiencing homelessness. Ms. Echohawk is interested in creating systems and structures that help facilitate wellness, and encourage kindness and courage. Her education has been focused on organizational development and leadership; helping brilliant people do better work for the greater good. She is the co-founder and principal at Headwater People Consulting Group.

The Seattle Met Magazine named Colleen one of the 50 most influential women in Seattle in 2018. Colleen was awarded the Adeline Garcia Community Service Award in 2018, and Antioch University also awarded Colleen their Public Service Award in 2018. Under her leadership, Chief Seattle Club was the winner of the 2017 Neighborhood Builder Award, and Municipal League of King County named Chief Seattle Club it’s organization of the year in 2016. Crosscut Media also awarded Colleen their annual Courage Award for Public Service in 2016.

Ms. Echohawk serves on many local boards, including a Mayoral appointment to the Community Police Commission. Other board affiliations include Seattle Foundation, KUOW (National Public Radio member station,) Downtown Seattle Association, and All-Home Coordinating. She is also the former board chair at Red Eagle Soaring Native Youth Theatre and a former board member at the Pioneer Square Preservation Board.

In her spare time, she loves to read, sing karaoke, listen to National Public Radio and cook delicious food for her friends and family. Ms. Echohawk is a proud mom to two children and is married to Matt Hayashi. 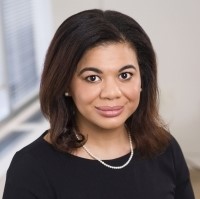 Senior Director for Strategy and Equity, The Meyer Foundation

Aisha Young is a social sector expert and community organizer whose career is focused on the intersection of race, place, and opportunity. She currently serves as Senior Director for Strategy & Equity at the Meyer Foundation, where she leads efforts to integrate racial equity into all areas of the Foundation’s work internally and externally. She has held leadership positions in local government, grassroots organizations, and small and large nonprofits. Prior to joining the Meyer Foundation, she was the Director of Thought Leadership at KaBOOM!, shaping and leading trajectory-changing initiatives to create public space equity for kids and families in marginalized communities.

The majority of Aisha’s local government leadership experience was for the City of Charlotte, where she was Operations Director for the Department of Neighborhood & Economic Development, responsible for the strategic vision and implementation plan for the city’s initiatives to advance equitable neighborhoods. Her leadership fundamentally transformed the way the City of Charlotte engages communities of color and designs programs, initiatives, and funding streams that support neighborhood residents as the lead change agents in their communities. Aisha has also served as a social sector consultant for over ten years, helping social justice organizations to develop and fund their strategies and helping the funding community to make better investments to support community organizing work led by people of color.

Aisha attended Hampton University, where she earned her BA in English and Early Childhood Education and studied social work at Temple University’s School of Public Health, concentrating in Community and Policy Practice. She has used her expertise on racial equity to serve on several boards and taskforces, and currently sits on the board of Dream Defenders, a movement-building organization that trains youth to lead social change in their communities.

Aisha lives in the greater Washington area, with her partner and young daughter. She is passionate about helping to build a region where every kid can develop and pursue their dreams, and every parent, caregiver, and community has the resources to support their pursuit. 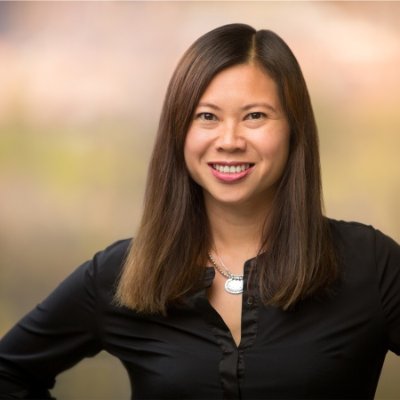 Hanh Le is the executive director of the Weissberg Foundation, where she leads strategy development, grantmaking, operations, and stakeholder engagement. Prior to joining the foundation in 2016, she was the chief program officer at Exponent Philanthropy, where she led educational programming, content development, and internal learning efforts. Hanh has directed training, grant, and technical assistance programs for KaBOOM!, Community Technology Centers’ Network, and the Peace Corps. She holds degrees from the College of William & Mary in environmental geology and the University of Virginia School of Architecture in urban and environmental planning.

Inspired by the power of collaborative impact and the DC-area community, Hanh co-founded the Cherry Blossom Giving Circle and co-chairs the Metro-DC chapter of Asian Americans and Pacific Islanders in Philanthropy and the Racial Equity Working Group of the Washington Regional Association of Grantmakers (WRAG). She also sits on the boards of the WRAG, Innovation Network, Asian American LEAD, and North Capital Main Street. She is passionate about family, friends, dogs, biking, food, matrixes and bad TV.