Homelessness: The Symptom of a Much Larger Challenge 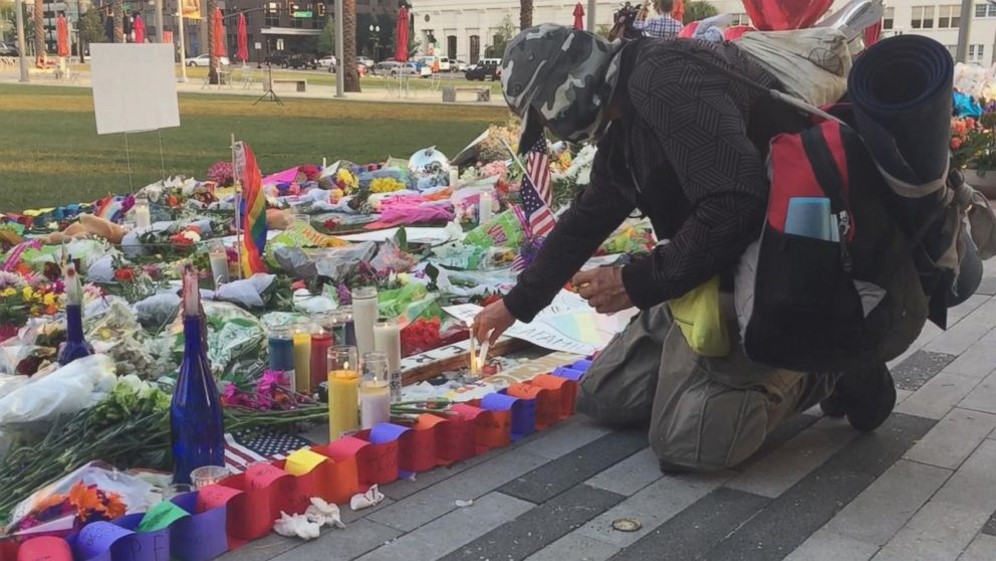 On June 23rd, FTEH Board Member David Wertheimer spoke in Orlando, FL, at The Road Home Breakfast gathering of the Central Florida Commission on Homelessness.  Still reeling from the shock of the deadly attack against the LGBTQ community at the Pulse nightclub that took 49 young lives and wounded 53 others, the city’s officials nonetheless made the decision to move ahead with The Road Home event, which became yet one more step in the long and painful journey to a community’s recovery.

I had a rough afternoon yesterday as I walked up South Orange Avenue from the Phillips Center to the Pulse nightclub.  And not because, as someone from Seattle, I am unaccustomed to long walks in 91 degree heat.  The memorials that line the street are overwhelming.  I will endeavor this morning to not burst into tears as I did so many times during my walk in your city.

Even before I arrived here yesterday, the city’s pain hit me hard in very personal and specific ways.  As a gay man in his 61st year, over my lifetime I have seen my community emerge from the shadows into proud engagement as part of mainstream America.  As a social worker who, in the 1980’s, served as Executive Director of the NYC Gay and Lesbian Anti-Violence Project, I am intimately familiar with the devastation that comes from being part of a community that is routinely challenged by physical acts of violence targeting our visibility, our energy, and our lives.

But the scale of the devastation experienced in Orlando is unprecedented.  The automatic weapons fire that ripped into the heart of the LGBTQ community here over the course of a few hours took more lives than the sum total of the anti-gay homicides I worked on during the five years I was directly engaged with this issue in New York City.

Today, I stand before you as a proud survivor of decades of oppression as a gay man, as a survivor of the ghastly early years of the AIDS epidemic, and as a legally married man with a wonderful husband and three marvelous children in my life.  But I also stand before you, realizing the vulnerability I face – and that we all face – each and every day of our lives.

All that said, I am not here to share my life story.  Or even to begin to understand the level of pain that Orlando has experienced – and will continue to experience – as the community moves together towards a healing process that will take so long, and will never ever recover the priceless value of the many lives lost.

I’m focusing these comments on homelessness, and about what I believe it will take to end homelessness communities across the United States.

There is, however, a strong connection between the issue of homelessness and the shooting of primarily Latino and African-American gay and lesbian men and women who were celebrating shared community at Pulse on June 12th.  People who are experiencing homelessness, people of color, and people who are gay, are all too often citizens living on the margins of our society who seek refuge and safety, be it in a community created in a nightclub, or a church or neighborhood organization, or through becoming part of the larger community of people who are safely, affordably and permanently housed.

People who are experiencing homelessness, communities of color, and people who are gay, are still widely misunderstood.  Too many people believe that those who are experiencing homelessness actually choose it, and those who are gay have chosen that sexual identity.  Although we know in both cases that these views are utterly false, they continue to persist.  And with these misunderstandings come distrust, fear and hatred.

In their mildest form, that fear manifests itself in discomfort.  That discomfort can grow into rejection and hostility.  At its most virulent, the fear and hatred become deadly.  Back when I was working on anti-gay violence in New York City, it was still considered fair sport to go out on a gay bashing spree on a Friday night.  Today, young African-American men are still gunned down at a rate far disproportionate to their percentage in the overall population.  And sadly, these days attacking people who are experiencing homelessness – sometimes with deadly consequences – seems also to be within the realm of acceptable for far too many Americans.

The nexus between homelessness, communities of color and LGBTQ youth and young adults lays bare historic patterns of oppression in our nation.

LGBTQ youth – and LGBTQ youth of color – are disproportionally over-represented among the ranks of those who are young and homeless.  Although they may represent about 5% of the overall population, studies have confirmed that LGBTQ youth represent up to 40% of homeless kids.  Still all too frequently rejected by families and ejected from their homes when they make their identities known to their parents, LGBTQ youth face the harsh realities and dangers of life on the street far more often than their straight peers.   Once homeless, these youth – already often struggling with the aftermath of physical trauma and the psychological consequences of isolation and rejection -- too easily  become entangled in the dangerous web of substance abuse, survival sex, and the growing list of activities associated with the criminalization of homelessness.

Many people across central Florida, and the entire nation, have been working tirelessly to end homelessness in America.  I salute you for your remarkable efforts.  On a good day, it feels like we are making true progress.  On a bad day, we are overwhelmed by the number of people who are still becoming homeless, knowing that the resources at our disposal are not up to the task of addressing the onslaught that we face.

Having worked in the field of homelessness for a quarter century, I’ve had to come to some difficult conclusions.  As hard as I, and countless others, have worked, we remain in a crisis of truly epidemic proportions.  Despite all of our efforts, on the surface the problem appears to be getting worse, rather than better.  I have to ask myself:  Is that true?  And, if so, just why is that?

Next week, media outlets in San Francisco, Houston, and in my community, Seattle, will be coordinating coverage around the issue of homelessness. Shining a light on this topic, and at such a large scale, is commendable, note-worthy, and even unprecedented. But in the midst of the increased attention being paid to homelessness, we need to focus on the underlying challenge:  Developing effective solutions that can truly end homelessness.

If we are to succeed in achieving this goal, we need to remind ourselves that homelessness isn’t, in and of itself, the problem we need to solve.  It’s the symptom of a much larger challenge:  Extreme poverty and inequity.  Poverty that places housing out of reach of many who are already working full-time in their communities at the prevailing minimum wages.  Inequity that closes the doorways to opportunity for too many Americans.

This poverty is exacerbated by the perennial under-funding of housing subsidies and supports, mental health and substance abuse treatment, domestic violence services, and a host of other safety net programs that are unable to keep up with the needs of populations trapped at the bottom of the socio-economic ladder.

This is also poverty that manifests itself disproportionately among communities of color.  In King County, Washington, an African-American person is five times more likely to become homeless than someone who is white.  A Native American person is seven times more likely to experiencing homeless.  If we are not talking about racial disparities when we’re talking about homelessness, we’re not having the right conversation.

Treating the symptom of homelessness through increasing the effectiveness of the crisis response system is, in and of itself, an essential task.  Alleviating the symptoms of a serious illness is a critical part of treatment.  But we cannot stop there if we want to get to the point at which homelessness is truly rare.  That will require that we move upstream from the crisis response system and get to the root issues:

I don’t mean to paint a bleak picture here.  Yes, poverty is tenacious.  But when I get depressed about solutions, I think about why my ancestors, (and probably yours, unless you are Native American or arrived here involuntarily), came to this place to begin with.  It was all about opportunity.  The opportunity for a better way of life.  The opportunity to be free from discrimination, oppression, violence, trauma, and homelessness.  Ultimately, it’s that vision of opportunity that is what being in this country is all about.  That’s a vision not worth giving up.

Whether we are working to end violence against marginalized communities like lesbians and gay men, or working to end homelessness – which disproportionately impacts those marginalized populations – we are actually all working, together, towards the same goals:  Providing the safe spaces and loving environments which are the essential platforms from which healthy, hopeful and fully engaged communities can emerge.

I encourage each of us to continue to insist of ourselves, our colleagues, our leaders – and even those who oppose our efforts to house the homeless and embrace our many differences – that we move forward together to do nothing less than continue to create the types of communities of which we can be proud – whether as citizens of Orlando, of Florida, of the United States, or of the planet we all of necessity must share and call home.

We can do this.  The survival of our communities demands nothing less.