Three Key Takeways Philanthropy Should Consider from the 2019 Funders Institute 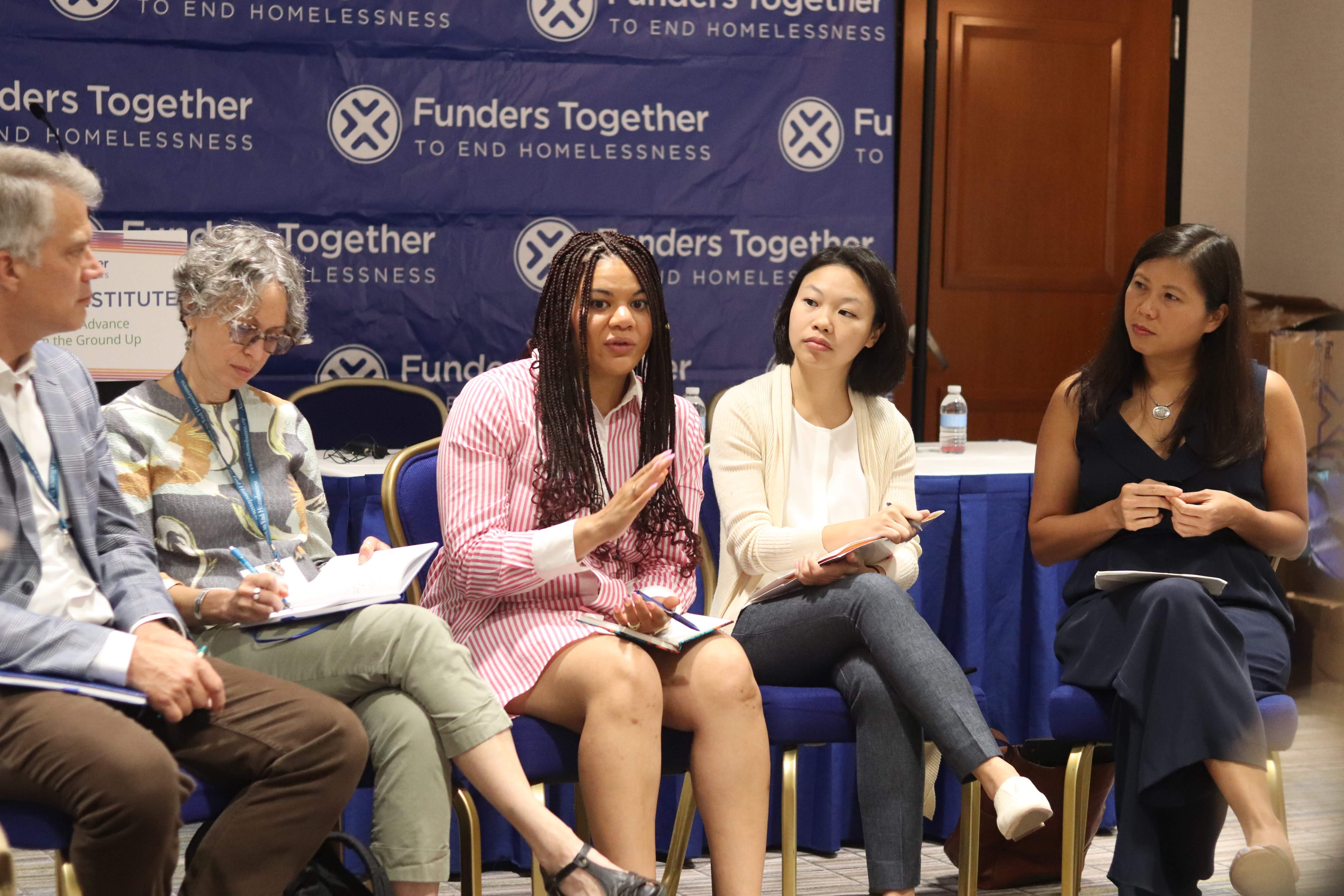 Erik Houser, Director of Communications and Public Affairs at the Campion Foundation, attended the 2019 Funders Institute and the National Conference on Ending Homelessness in Washington, D.C. and walked away with three main points that he believes is critical to philanthropy's work to end homelessness.

As a first-time attendee of the summer Funders Institute, I found it to be an extremely valuable experience of education, sharing, and networking with colleagues from across the country. The theme of removing barriers to advance racial equity from the ground up was a timely and resonant one, and an area that every funder must improve upon, especially those that have yet to even take steps to implement equity internally, let alone in their grantmaking.

My organizations, the Campion Foundation and the separate but affiliated Campion Advocacy Fund, are nontraditional funders because of our heavy focus on strategic investments to support direct advocacy and action. We work hand-in-hand with our grantees to influence elected officials and spur major policy change on the local, state, and federal levels. At Campion, my portfolio is communications and public affairs strategy. Because of this, I viewed much of the Institute through the lens of advocacy and communications. 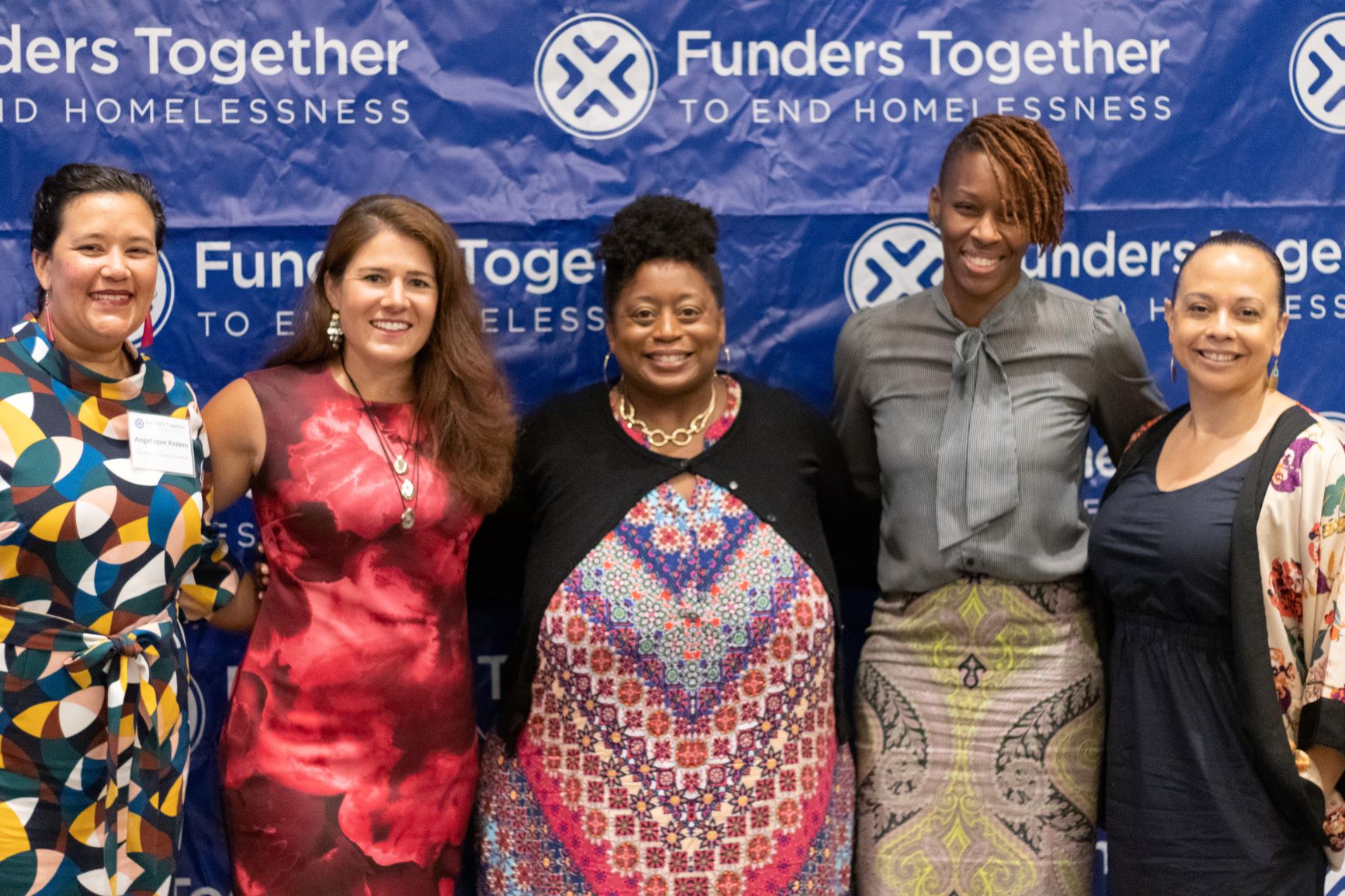 There were a number of pieces from the Funders Institute that I will be taking with me into our future work:

1. The Racial Equity Impact Assessment Tool presented on Day 1 was an exceptionally helpful framework for evaluating how any plan for advocacy, communications, or public affairs is incorporating principles of anti-racism and equity. This is especially important in the field of homelessness advocacy, where research tells us that people of color are significantly more likely to experience homelessness. A study funded by Campion and our colleagues at Chapin Hall at the University of Chicago has given us the first-ever academic data about youth homelessness in the United States – and unfortunately, we now know that black youth and young adults are at an 83% higher risk of being homeless.

Because of these indefensible numbers, it is highly important that funders and their partners are not just paying lip service to communities of color after the fact (and LGBTQ communities as well). Instead, it is necessary to ask the important questions from the Racial Equity Impact Assessment Tool at every step of the process, and to include people of color, LGBTQ people, and people with lived experience from the very beginning.

Later, Colleen Echohawk, a community leader and service provider at the Chief Seattle Club, drove home many of these same points as a guest speaker on supporting culturally-specific organizations to end homelessness. Colleen’s terrific advocacy for Native people experiencing homelessness is inspirational, and we are fortunate to have her input as a partner on the enormous systems change for homelessness happening now in Seattle and King County. 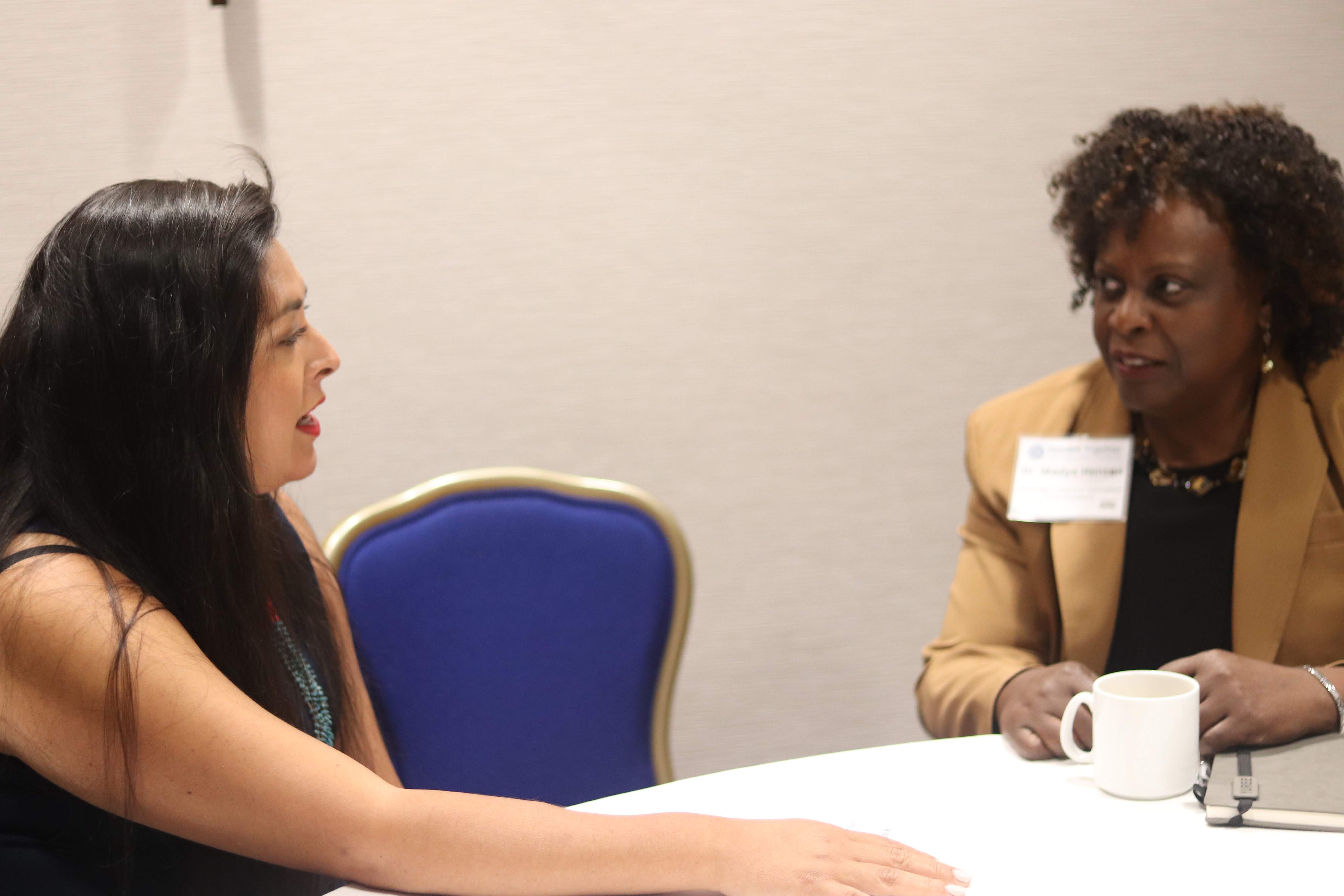 2. My colleague Sheila Babb Anderson, Campion’s Homelessness Program Director, was particularly struck by the idea presented by speakers on Day 1 that it is not enough to pay people with lived experience with small stipends – instead, the community should be paying people with lived experience a consultants’ wage to reflect their input’s true impact. While we hadn’t heard this idea before, it made a lot of sense, and made us examine why we hadn’t heard or thought of this idea. At Campion we will look to explore this idea with our grantees moving forward.

3. I very much appreciated the morning session on advocacy on Day 2 of the Funders Institute, where our colleague Kollin Min at the Bill & Melinda Gates Foundation moderated a panel of four legislative assistants in the United States Senate. As a former Senate aide myself, I know how impenetrable and intimidating Congress can seem to people who aren’t familiar with it.

I thought that the staffers who presented – including aides to Senators Sherrod Brown, Brian Schatz, Kamala Harris, and Susan Collins – did a great job of pulling back the curtain and explaining some of the more mundane and less exciting parts of their jobs. One aide remarked that it is important to distill complex information into easily digestible data points for staffers and their bosses – and that you don’t have to be a lobbyist to come in and advocate for what you believe in.

Additionally, Trey Reffett from Senator Schatz’s office talked about the importance of foundation and nonprofit board members advocating for what their organizations believe in. This has been a passionate area for Campion’s trustee Sonya Campion, who founded “Stand For Your Mission” with BoardSource to push nonprofit leaders to advocate for what they believe in. 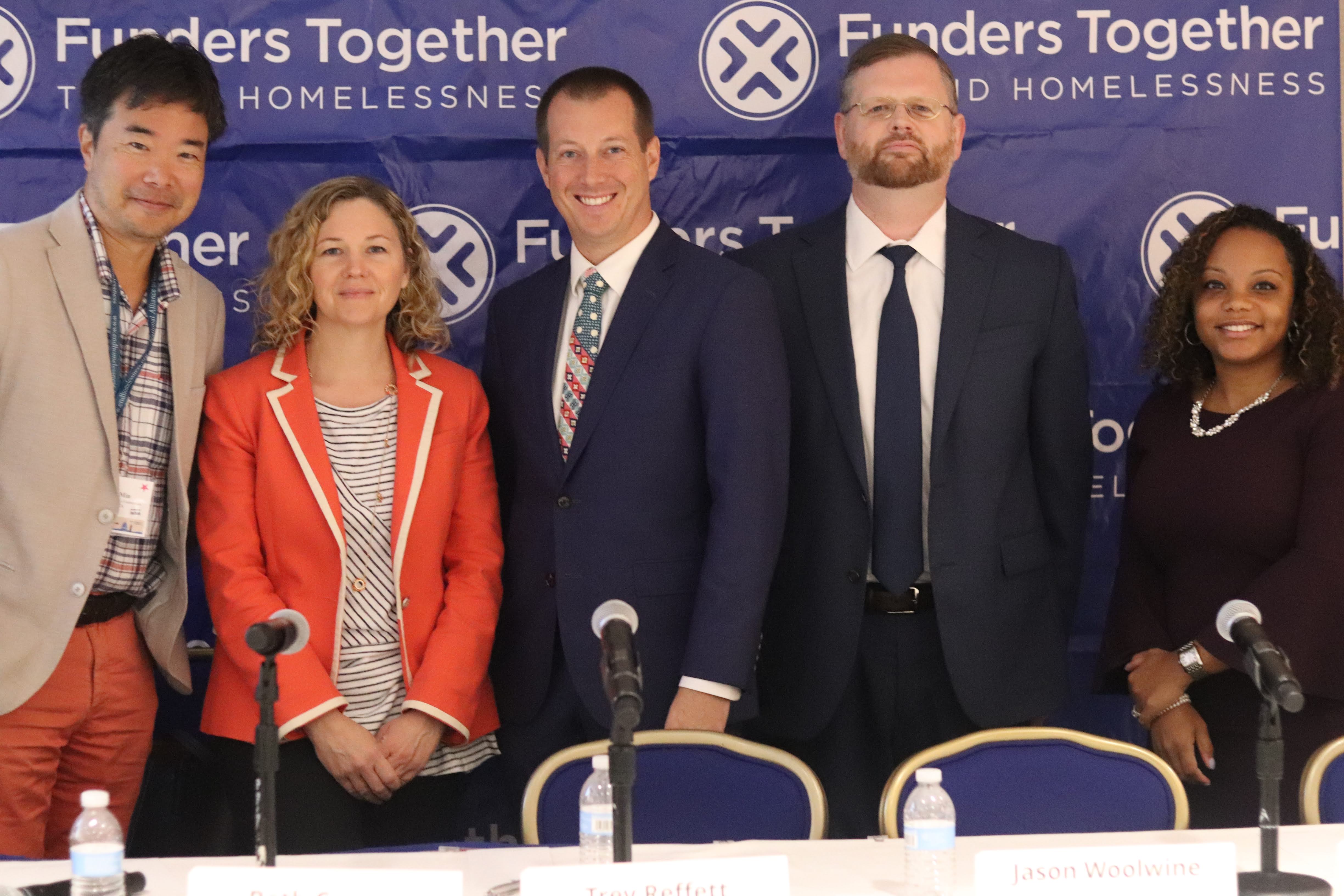 At the conclusion of the Institute, I was inspired to do more to incorporate and implement racial equity in Campion’s work moving forward. I am thankful that Funders Together put together such an educational week of programming around the NAEH conference, and I am already looking forward to the spring Funders Institute in Oakland. See you there! 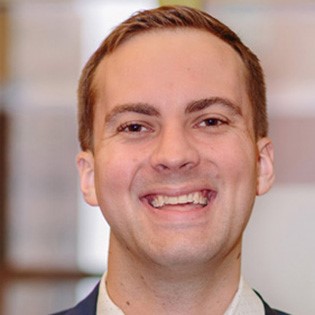 Erik Houser is based in Seattle as the Director of Communications and Public Affairs for both the Campion Foundation and Campion Advocacy Fund, a family foundation and separate but affiliated 501(c)(4) nonprofit that work to protect public lands and end homelessness. Erik has been a political and strategic communications adviser to a number of Washington state’s members of Congress, including U.S. Senator Maria Cantwell, Congresswoman Suzan DelBene, and then-Congressman Jay Inslee. He also served as the spokesperson for Planned Parenthood’s advocacy and political arm in Washington, Alaska, Idaho, and Hawaii. Erik is a graduate of the College of William & Mary and the University of Washington’s Evans School of Public Policy & Governance.