This past November, the California Community Foundation (CCF) joined a broad coalition of public and private sector groups to call for City of Los Angeles residents to vote “yes” on Proposition HHH, a $1.2 billion bond measure that will create new housing for our neighbors experiencing homelessness. While a foundation working in the advocacy space is not new – many of our colleagues across the country do this effectively – it is a challenging role and requires collaboration internally and externally.

Our 10-year strategic plan, launched in 2015, focuses our work on leading positive systems change to strengthen Los Angeles County. We do this by going deep on key issues on which we have strong capacity and history: civic engagement, immigrant integration, housing, education and health, for instance. Given this lens, we pay close attention to public policy decisions that shape our region.

The story of supporting Prop. HHH started with a foundation convening and listening to its nonprofit partners as they crafted a bold and specific solution to a challenge that the public is eager to address. The promise of a solution brought other foundations together, helped nonprofits put aside any competition over resources, and gave elected officials the opportunity for successful leadership.

Los Angeles has long struggled with the problem of homelessness. A 2015 count found almost 50,000 people in encampments, cars and shelters. For several years, foundation leaders have been working with a coalition of business, government and nonprofits on this broad complex problem, with CCF’s work focused on increasing permanent supportive housing production. So in September 2015, when Mayor Eric Garcetti and Los Angeles City Councilmembers declared a homelessness state of emergency and the intention of finding funds to address the crisis, it was natural that we brought together grantees, city and county department heads, other foundations, and community development financial institutions to ask what would be needed to triple production from 300 to 1,000 units each year.

Our partners said they needed early launch funds to build a pipeline of projects, grant support to expand the capacity of developers and city departments as the system was growing, and $100 million each year in public subsidies for the extra 700 units. Working groups were formed to address each of these. CCF staffed and supported these groups, using our role as a trusted steward to arrange dozens of meetings with City leaders.

CCF and foundation partners assembled a $23 million grant and loan fund to support increased housing production by nonprofit partners. As it became clear that the only way to secure the needed $100 million in public subsidies was from the voters, the foundations supported polling to test support. The results were strong and the nonprofit and city leaders crafted a $1.2 billion bond for the City of L.A.’s November ballot.

For the second time in 100 years, CCF endorsed a ballot measure. As a community foundation, we are allowed to support nonpartisan measures within some limitations.

Our leadership asked CCF’s board of directors to approve $450,000 to support Yes on Prop. HHH and come out publicly as a major funder. We expanded relationships with policymakers, we did outreach via traditional and social media, and we strengthened our grantee partners’ capacity to advocate and inform the public.

Our CEO wrote a letter to our entire mailing list, explaining why she supported the measure and asking everyone to join us. And on our personal time, our staff wrote postcards to L.A. residents and kept up the drumbeat about the importance of permanent supportive housing with our constituents. Throughout the campaign, we tracked our time and funds spent and reported that to the proper state and federal authorities, with help from our legal advisors. This effort culminated on November 8, when 76 percent of Los Angeles voters supported the measure.

I have seen first-hand how foundations can powerfully amplify community residents’ voices, especially the most vulnerable. This kind of advocacy was effective because it was grounded in long-standing work and relationships. We can and should get involved in public policy that advances our founding missions to improve our communities.

Last week, the California Community Foundation Board of Directors voted to endorse and contribute to a county measure on homelessness for March 2017, the third time in our history that we’ve taken this action. As Los Angeles faces a humanitarian emergency, we are very fortunate that foundations can use this advocacy tool to respond. 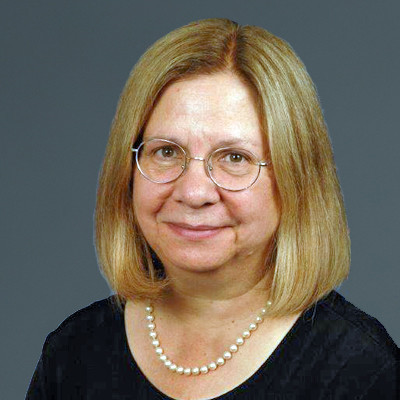 Ann Sewill is the Vice President of Housing and Economic Opportunity for the California Community Foundation, directing grantmaking, advocacy, lending and mission-related investing in the areas of housing, smart growth, and economic development. Previously she has held positions with national and local nonprofits, and in local, state and federal government.